The pace of reform of the system of national security and defense satisfied 63% of Ukrainians. It is reported by the national reform Council in its report on the outcome of the 2016 year. At the same time, is the only area, the speed of reform which satisfies the majority of respondents. Thus, the promotion of the interests of Ukraine in the world is satisfied with only 43% of respondents in the other areas the figures are even lower. Decentralization is 40%, the public procurement reform – 39%, education reform and 38%, reform the law enforcement system – 35%, deregulation and enterprise development 29%, and tax reform – 27%, public administration reform – 26%, the program of energy independence and reform of the energy sector – 25%, the reform of agriculture – 24%, reform of the financial sector – 24%, the reform of the health system – 23%, the constitutional reform of 22%.

Positively on the rate of renewal of government and anti-corruption reform expressed only 21% of respondents. At the same time, 53% (highest) of respondents confirmed a high level of awareness about them. The worst indicators of prison reform (21%), judicial reform (20%), reform of state property management (19%), prosecutors (16%), reforms of the electoral legislation (16%). The level of satisfaction with the promotion of the interests of Ukraine in the world, reforms of the judicial system and the electoral law fell, and decentralization and reform of public procurement, education, health and the courts – has grown. The survey was conducted online by TNS between 28 December 2016 and 9 January 2017 among the inhabitants of the cities of Ukraine 18-55 years old with Internet access. 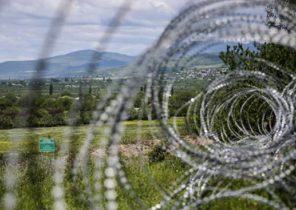