Secretary of the national security Council and defence of Ukraine (NSDC) Oleksandr Turchynov met with Minister of foreign Affairs of the Republic of Lithuania Linas Linkevičius. This reports the press center of the NSDC.

During the meeting the sides discussed the deteriorating situation in the Donbass, which occurs in the last weeks due to the increased number of provocations by illegal armed groups.

Considerable attention was paid to discussion of issues of strengthening Ukrainian-Lithuanian cooperation, particularly in military-technical sphere.

Secretary of the NSDC of Ukraine informed the head of the Lithuanian foreign Ministry about “the growing military potential of Russia in the East of Ukraine, the aggressive actions of the Russian troops in the Donbas and provocations, particularly against the civilian population”.

In addition, the interlocutors discussed the issue of granting Ukraine visa-free regime. According to the Minister of foreign Affairs of Lithuania, Ukraine has “most likely to “bezviz” soon”.

Linkevicius also noted: “Lithuania was and remains a true friend of Ukraine”.

“We appreciate the efforts of your country to protect its European choice and ready to further in every way to help you on your way to Europe”, – said the head of Lithuanian foreign Ministry.

We will remind, the President of Lithuania Dalia Grybauskaite said that the deployment of troops of NATO in the Baltic States sends “a clear signal” that military Alliance remains “strong and United”. 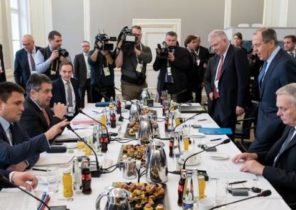 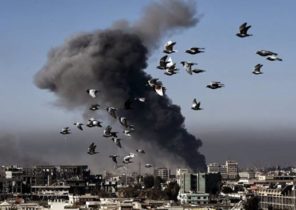