Prime Minister Theresa may calls on the international community to put sanctions pressure on Russia over its actions in Ukraine, reports RIA Novosti.

In her words, to force the Russian government to begin to fulfill the conditions Minsk agreements, it is necessary to exert pressure on Russia

“The UK is still concerned by the ongoing violence in Ukraine and Russia’s actions. We appeal to the international community and urge to continue sanctions pressure on Russia until the Minsk agreements,” said may.

Earlier, the press Secretary of the White house Sean Spicer said that the US does not plan to lift sanctions against Russia in the Crimea. While Russia will not leave Crimea, the withdrawal of sanctions it is not, say in the White house.

In addition, NATO Secretary General Jens Stoltenberg also expressed support for sanctions against Russia. According to him, the sanctions are a response to the United States and the EU on Russia’s aggressive actions against Ukraine. 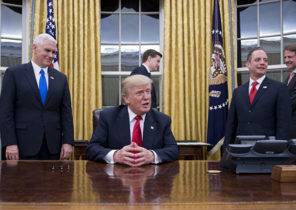