The Ambassador of Germany in Ukraine, Ernst Reichel made a lot of noise and caused a wave of indignation in their own words about the Donbass.

He, in particular, stated that it is possible to hold elections in the occupied territories of Donbass and in the presence of Russian troops.

“Not necessarily that the elections in the Donbass can take place only when there will be no Russian troops, or on each city will be posted the Ukrainian flag. Without a doubt, it is difficult to imagine the holding of local elections without security. But I am convinced that this is not something impossible, it all depends on the conditions,” – said the diplomat.

As an example, the German diplomat cited the elections in the GDR, which was supposed to replace the Communist regime, in the presence of the Soviet military and believes that it would be possible to go for the scenario in the Donbass.

“The last parliamentary elections in the GDR, which was supposed to replace the Communist regime, took place in the presence of the Western group of Soviet troops and the then existing Communist regime in the GDR. But the election led to change,” – said Reichel.

The words of the Ambassador of Germany found no support in the Ukrainian society. Many politicians and experts on their pages in social networks criticized the proposal Reichel.

The Ambassador NGF SBI: zabuv, pokey scho in PDR stood the SA, there golosuvali for the Kremlin, and the Yak was viveli – progolosuvali for obednannya s NGF
A Donbas another?

Ernst Reichel believes? But the Ukrainians believe that it is none of his damn business. It is certainly beyond the competence of the Ambassador. https://t.co/cqL5UKGzW1

As reported, the Ukrainian foreign Ministry has summoned the Ambassador Reichel “on the carpet” to explain his words. 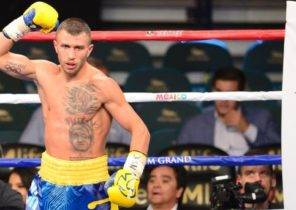