The President of the United States Donald trump and NATO Secretary General Jens Stoltenberg in a telephone conversation on 5 February discussed the options for a peaceful solution to the conflict in Ukraine, said the White house, reports “Correspondent”.

“The parties discussed the possibility of a peaceful solution to the conflict along the Ukrainian border”, − is spoken in the message.

The US President expressed the Alliance’s support for Washington.

“The President spoke with Secretary General about the American support for NATO. The two leaders discussed how to ensure that all members have fulfilled their financial obligations”, − informed the White house.

Also “the sides agreed on close coordination and cooperation to deal with the entire spectrum of challenges faced by NATO”.

According to the results of telephone conversation of the American leader with the NATO Secretary General in the administration of U.S. President said that trump agreed to participate in the upcoming meeting of heads of countries-members of NATO in may.

“President trump has agreed to participate in the meeting of leaders of countries-NATO members in Europe at the end of may”, − stated in the message.

Note that the NATO summit should be held in 2017 in the new headquarters of the Alliance.

Recall, February 4, had a telephone conversation with trump with the President of Ukraine Petro Poroshenko, during which the leaders discussed a number of issues on the situation in the Donbass, further cooperation between the States and the upcoming visit of Poroshenko in the United States.

During a call, trump has announced its intention to work to restore peace in Ukraine. 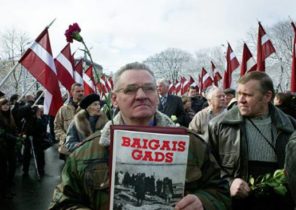