U.S. President Donald trump informed about the situation in the East of Ukraine. This was stated press Secretary of the White house Sean Spicer, UNN reports citing Fox News.

He also noted that the us administration will be reported, in case we receive new data about the situation.

Recall that on 29 January, the militants attempted to storm Avdeyevka industrial zone. According to the headquarters ATO, they began intensive fire from small arms and mortars, and later the assault to oust the Ukrainian units. Since then, the plant did not stop fighting.

In the town declared a state of emergency in connection with the aggravation of the situation due to the activation of the militants and the threat of a humanitarian catastrophe. Local government is preparing for a possible evacuation, but, as noted by the head of the CAA Pavlo zhebrivskyi, it is hoped that it will be avoided. While evacuees with special needs and the sick.

This morning at the headquarters of the ATO reported that the shelling of the Town continued, the enemy uses “Grad”, artillery 152 mm caliber, grenade launchers, heavy machine guns and small arms. 7:00 the Russian occupation troops a group of about 30 people made the next attempt of storm of positions of forces of ATO. Day in, MOU said that the Avdiyivka and Krasnogorovka – two of the most hot spots of anti-terrorist operation. 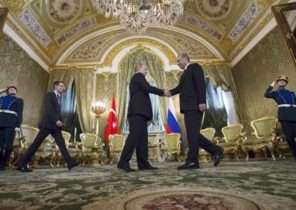