With the development of social networks and the Internet beginning to gain the popularity of mass action is a viral flash mobs. Not far behind is Ukraine this week after the generals of the national guard, in test 22 Pushup Challenge, took part the head of the General staff of the armed forces Victor Muzhenko, tavris 22 times live. The baton of the chief security officer of the country handed over to the colleagues in the SBU.

Work all viral flash mobs on the same scheme: the party fulfills the condition of the action, locates the report in the network and definitely passes the baton to their friends. Some actions carried out with the aim of raising money for a good cause, others to attract the public’s attention to one problem or another and some just for fun. Around the world have involved not only hundreds of thousands of ordinary citizens, but also celebrities, politicians and even government agencies. “Today” made the coolest viral flash mobs over the last couple of years, with the participation of Ukrainian civil servants. Ice Bucket Challenge: the ice shower at the airport

In 2014 Ukrainian aircraft clashed in the popular Ice Bucket Challenge — the flash mob, which raised money for research of amyotrophic lateral sclerosis. The participant must pour yourself with cold water, to make a donation and pass the baton to three friends. In the flashmob on a par with ordinary people competed famous athletes, politicians and stars of show business — as a result, activists have collected more than $100 million. we, among others, joined in airports: first, the staff of International airport Kiev (Zhulyany) took a cold shower from the fire trucks, passing the baton to the Odessa airport. There for an ice shower used deicer, which in winter remove frost from the aircraft, and the money is transferred on support of the Ukrainian army. For the veterans: PATA generals of the national guard pressed into support of the soldiers

A few days ago the generals of the national guard took part in the escalating mob 22Pushup Challenge — the campaign was launched in the summer of 2016 in the United States to draw attention to the problem of adaptation of veterans after returning from war zones. According to statistics from the U.S. Department of veterans Affairs, every day 22 veterans commit suicide because of difficulties adjusting to civilian life. A flash mob is that the participants of the press from the floor 22 times, shoot it on video, post the video on the web and pass the baton to the next nominee. In Ukraine it was first done by soldiers of one of the airmobile brigades — the call was picked up by other fighters and even commanders. So, generals of the National guard Nicholas Balan, Jaroslav Spader, Oleg Garchu, Huseyn Vishanov and Victor Ganuschak easy wring on camera 22 times in the courtyard of the guard and challenged the guards. April fools flash mob organized in the past year, our Department. So, the SBS reported about the capture of a circus elephant who escaped from Russia in Rivne region on places of illegal production of amber. Later, the security forces confessed to the prank. Joked and MES: the officials on the official website recognized… magic and announced that the Minister applied to the Cabinet of renaming the education Ministry in the Ministry of education and magic, and sat on the broom, disappeared in the sky. Dummy: the state border service were frozen as stone

Meanwhile, Ukrainian border guards in December of 2016 took part in one of the most popular flash mob, Mannequin Challenge that the avalanche swept over the social media world. The essence of this test is that the participants stand motionless, while between moving the camera. By the way the “frozen trial” involved many celebrities: former U.S. Secretary of state Hillary Clinton, bill gates, actor Tom Hanks, the band Bon Jovi and others. Our state border service shot one day in the life of Lviv border detachment for the movie invited the famous Comedy singer and even found a dog who knows how to stand still on command. Harry Potter: the magic in the staff and areas

The release of a new book about the adventures of Harry Potter has swept not only the world of children’s literature, but also Ukrainian state authorities in April last year, the network appeared in a flash mob to “Harry Potter and…” which is the title of the book that users can set up the names of official documents, private dissertations, business cards and other labels. Our General staff also decided to keep up with the times and to draw attention to the service contract, published on his official page booklet-memo to fighters on the contract. And to make it more interesting to read — it added the name of the famous Boy-Who-lived
and he explained: “About adventures of Harry Potter you have not read. You can watch the cheat sheet and learn the details of the plot service.” Trump and Russia: a clash of conspiracy theories 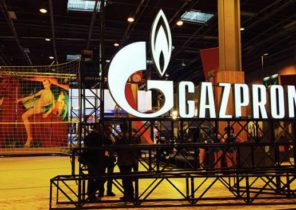