The old traveler and later a fan of Hitler Jedino Sven (Sven Hedin) probably very much like the current Swedish debate. Exactly Sven Hedin wrote to king Gustav V of the speech, which he read in the courtyard of the castle during a peasant demonstration in 1914 (due to the concern about the defense policy of the country — approx. TRANS.). The same Hedin was the author of the article “Word of caution” a year later.

Of course, Hedin warned about the Russian — native of this insidious enemy to the East. Of course in 1914 there was no “Russian Internet trolls” and “disinformation”, however, came the grim artisans from Russia and they were called spies, leading surveillance in the Swedish countryside. From all over the country raised money for the new marine battleship, because it was necessary to increase military power.

Today the atmosphere is tense in the same way. Sometimes it seems that Russian troops have occupied Gotland and ready to pounce on the rest of Sweden. The Cossacks are coming!

This was especially noticeable during the annual forum “defense and people” in Saline. They gathered military officers, politicians and arms dealers. The Supreme commander dressed in camouflage like he came straight from the battlefield. His Majesty king Carl XVI Gustaf is also, of course, there is — though he’s in plain clothes and no “castle of words” does not say.

Instead, he says the native Dalarna Peter Hultqvist (Peter Hultqvist), the social democratic Minister of defense. God forbid someone be critical to the Treaty on the receiving side, signed with NATO — so it can be considered only the agents of Putin, which serve Russian. Says liberal Allan widman (Allan Widman). It is absolutely not like the liberal Prime Minister Karl Staaf (Karl Staaf), the former in the post in 1914. Unlike Stata, widman and the leader of his party, major Jan björklund (Jan Björklund) want the government increased allocations to defense. Because of the Russian military base in Kaliningrad to Gotland to fly in less than 20 minutes, as previously warned björklund during her speech at almatinskoy week. Russian are coming!

Computers are teeming with Russian hackers. At a sporting event full of Russian under-doping. Russian rigged election results in the United States. Maybe Brakcet they made? In Swedish waters almost everywhere we stumble on Russian submarines. Their evil tower sticking out of the water at the blurred photo in Dagens Nyheter and Svenska Dagbladet. Journalists make a career!

Of course, we will protect NATO — who else? Send us the Marines! Let B-52 bombed the Swedish coast! Let NATO aircraft to practice in the skies above Waternot! Rent the whole of Norrland under ground for exercises! What could be better than the agreement on the admission of troops into the country? Now we can arrange the most large-scale exercises in decades in Sweden: the fall will be “Northern lights”. 16 thousand soldiers and officers of all stripes will take part in them! To join them, four thousand of the militia! Among other things, we will train to play the role of “host”. Oh, what a lovely war!

PS. This message, of course, I wrote it myself. It is all Putin! Russians hacked my computer! Help! 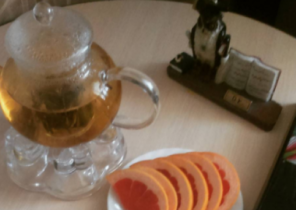 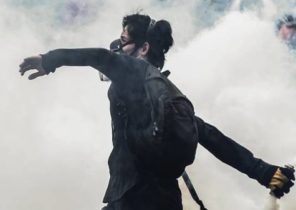