Donbass cannot be considered occupied under international law, in contrast to the Crimea, said the head of the Ministry of the temporarily occupied territories Vadim Chernysh, transfers “Ukrainian truth”.

“In the Crimea in accordance with international law has a classic occupation. Not hiding from anyone, the occupying authorities, the police and courts of the Russian Federation. But in the East of Ukraine Russia is trying to show its distance from the process. Although we know that they are directly involved in this process,” he said.

According to him, this legal difference does not change the fact of an armed confrontation between Ukraine and Russia, “but the legal consequences here are different.”

He noted that during the occupation full responsibility for the annexed Crimea carries Russia. And under “effective control” Kiev is obliged to act so that in the non-military way to the return of the territory to integrate them and maintain ties with them.

“That is, to recognize the uncontrolled territory of Donbass occupied is to actually build a wall”, – summarized the Minister.

A similar statement was made by the Deputy Minister on the issues of the occupied territories and internally displaced persons Georgy Tuka.

We will remind, last autumn the UN General Assembly adopted a resolution of Ukraine in Crimea, in which Russia is called state-occupier. 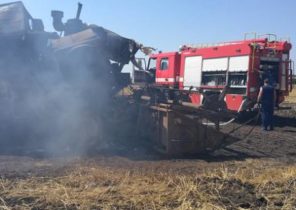