The Russians grew bolder in the sky, the Levant, and continue to demonstrate the power of its air force in Syria and Iraq. Russian planes often intersect with the planes of the coalition and are the subject of particular attention of the joint air operations center located at the base of al — Udeid air base in Qatar. The cease-fire established with the help of Moscow did not affect the increased activity of Russian aircraft. In crowded airspace, up to 75 planes a day. In the skies over Raqqa, for example, American and Russian cars sometimes cross each other at a short distance. Although no serious accidents did not happen, a couple of times the situation was on the brink.

Last fall, during a routine flight over Syria, a U.S. air force plane seen flying on his SU-35 fighter, whose pilot did not respond to repeated warnings on the frequency specifically allocated for signaling distress. When American pilot started evasive action Russian fighter close passed in front of the aircraft, causing turbulence and disruption of the very sensitive electronic systems on Board the aircraft of the U.S. air force. According to the Wall Street Journal, which recently wrote about this incident, the aircraft was only 200 metres from each other. According to the American command of the Russian pilot happened to be so close to another aircraft.

But sometimes these maneuvers were made intentionally. It was like a statement of his power, a signal to the enemy and “test of strength”. In September last year, another Dry close about 2 km to the American F-135 during a highly complex operation — in-flight refueling. As usual, the Russian pilot did not respond to emergency calls to AWACS aircraft engaged on a reconnaissance flight in the area and had no radio signal. Most of the pilots of the coalition — the Americans, the British and French have their funny stories about how they silently communicate with the Russian planes. One of the pilots recalls how once it was close enough from a Russian plane and saw the Russian raised a finger before you can move sideways… At least once, according to the Wall Street Journal, the Russian pilot responded to the warning women of the radio operator is responsible for the control of air space: “the Girl very beautiful voice”…

A rule of “three”

In General, the conflict resolution in the air of the Levant takes place peacefully. Procedures to prevent collisions between aircraft of the two countries spelled out on four pages of the Memorandum signed in 2015 by the Americans and the Russians. They rely on the “rule of three”: the aircraft of both countries should be required to observe between themselves a distance equal to 5 thousand 500 meters horizontally and 3 thousand meters vertically. And if they are closer, can’t stay in that position for more than three minutes…

Colonel, U.S. located at the base of al — Udeid air base in Qatar, there is a direct line of communication with his Russian counterpart in Syria. They often talk on the phone, sometimes several times a day to handle all of the air conflicts. The rules are simple and the Americans lamented about the fact that the Russian part neglected or refused to follow them.

In recent weeks, the Pentagon has called for a more active cooperation between the military of the two countries. Thus, in anticipation, as emphasized by many, the twist that is going to take a President trump, approaching with Moscow. While the Americans and the Russians more or less coexist in the skies over Iraq and Syria, in particular thanks to the experience of pilots, military sources are particularly concerned about the collision, which remains possible, and which, in the “fog of war”, can be quite perceived as aggression and escalate into serious conflict. 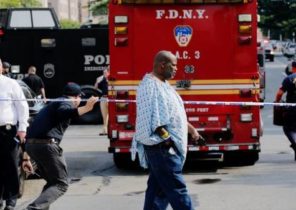 Shooting in a new York hospital: the victim was a doctor, shooter killed himself 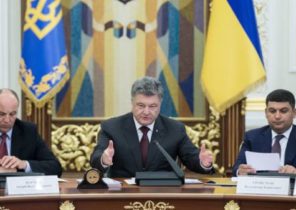