Donald trump is the President of the United States. Before his election there were many questions because of his alleged relations with Russia.

The magazine for intellectuals The New Yorker published a satirical article with a fictional statement trump that half the time he will spend in Moscow, because his wife wants to live in Washington.

Another article in the American media, was dedicated to an imaginary conversation between trump and Vladimir Putin that the us President allegedly wants his new hotel for foreign guests, which he plans to build right next to the White house, had the same chandelier as in the Kremlin. Satire is the juice of journalism. Through humor they describe reality.

Relations between Russia and the US really was the topic of many current statements of the American President. Basically he proposed a dialogue between the two countries. Trump said that it would be better to improve relations with Russia and to find a common language with President Putin. However, the President trump once said that he would take a tough stance against the Russian colleague if he knew of any hostile action, and at the same time said: the issue of Crimea should be evaluated taking into account the fact that a large part of its population wanted to be part of Russia…

Trump has always stressed that Russia and USA have a common enemy — “Islamic state” (banned in Russia as a terrorist organization — approx. ed.), which is impossible to win, not United. Microblogging, i.e. a short message that read American voters, much given.

You need to understand that actually it was a good political advertising, but the reality can be quite different. The Russian leadership perceived these statements as a prerequisite to the improvement of mutual relations. But Bloomberg drew attention to the contradictions in the statements of the current American President. The Agency also notes that the Kremlin may disturb the statements of trump, who in December last year said that the US should extend the nuclear potential, and in a month have already said that the nuclear Arsenal should be reduced significantly.

In mass media appeared the outline of a script of future relationships, the author of which, presumed to be the gates of the foreign policy of Henry Kissinger. Here’s what I mean: about Crimea forget, that is, no-one will do, but also no one would recognize him as a part of Russia. The conflict in Eastern Ukraine will end, Russia will participate in restoration of the regions where the battles were fought. Ukraine and other countries in the former Soviet Union except the Baltic will remain in Russia’s sphere of influence. The sanctions will be lifted. The concept of Kissinger called “constructive cooperation” and “normalization of relations”.

Putin and the others — trump

In the former Soviet Union and in modern Russia, none of the General Secretary of the Communist party of the Soviet Union and no President or government has never questioned any President of the United States. We must not forget that many people in Russia as the country’s leadership, is well remembered on the supply of food and weapons to the Soviet Union during the Second world war. USSR and USA were allies in the fight against Nazi Germany and fascist Japan. Russia has expelled the Japanese invaders of the Chinese province of Manchuria. It is also worth noting that relations between Russia and the USA are not dominant in the policy of trump. According to his statements, the more attention it will be given to domestic issues and the economy.

In the coming weeks, Putin and his U.S. partner, trump will not meet. About this program, the air force said the press-Secretary of Russian leader Dmitry Peskov. “This will not be the coming weeks, let’s hope for the best, that this meeting will take place in the coming months. “We want to have good relations with America. We believe that we cannot solve many problems in this world and in our region that endanger our country, without the cooperation with the Americans. That’s why we desperately need good relations with Washington, but, as they say, it takes two to tango” — quoted Peskov non-state information Agency “Interfax”.

This Saturday in one of the TV show Peskov said that a big mistake was to assume that trump is “our man”, and added that the new President — “American man”.

A few days ago, foreign Minister Sergei Lavrov said: “If what is being said by Donald trump and his team on Russia’s readiness to look for a Russian joint approaches to solve common problems, overcoming common threats, if this is the attitude of the new administration, we’ll reciprocate”. Lavrov added that he hopes a new administration will not engage in moralizing about Russia.

Dissatisfaction with the elites

Gennady Burbulis, first Deputy Prime Minister of the Russian Federation in 1991-1992, claims that victory trump is proof of the failure of the traditional party system. According to him, they ceased adequately to represent the interests of voters, and now defeated in the elections of that part of the population that was dissatisfied with the ruling elites. In addition, trump was able to Express what voters wanted to hear, and he managed to attract that part of the electorate that did not know what to do.

Konstantin Kosachev, Chairman of the international Affairs Committee of the Federation Council, said that the relationship with trump will have to build from the ground up, because the previous administration destroyed them to the ground. “That is worse” — said Kosachev in an interview with the BBC.

Public opinion polls conducted in Russia two months ago, showed that almost half of the country expects improvement in relations with the United States (after joining trump in the post).

Russian economist Lilia Shevtsova at the Moscow Carnegie center, said in an interview on trump: “this is the paradox! Yes, what! Trump and his victory is the reaction of Americans to the postmodern… But he is the President-elect is a super-postmodern President — the epitome of the postmodern, raised to the grotesque.”

Postmodernism — European ideological trend of the late twentieth century. This term refers to a global culture that dismisses earlier philosophical principles (the priority of rationality, the absolutization of an abstract moment, totalitarianism policy) that underpin modern culture (modernism), who right now is in crisis.

Shevtsova said that the arrival of trump will only aggravate the crisis of the American ruling elite and the entire American system that is no longer working, and added that it is unlikely that trump and his team will pull out of the US and the West in General ideological crisis.

On the subject of political marketing is a joke. The Chairman of the government (this is not Robert fico) goes to heaven. Saint Peter offers him a place to pray and contemplate. Premiere it seems boring, and then it goes to hell. The devil offers him bars, women, and discos. So the Prime Minister agrees and the next day is hell. But it turns out that there are sinners in the cauldrons. The Prime Minister goes to the devil and complains, saying, how to understand it, because yesterday there were discos, bars and women. Response of the devil is simple: “It was just a campaign!” 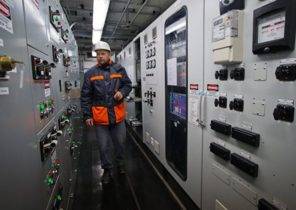 How can Ukraine receive military assistance from the United States: Tymchuk called the conditions