In Ukraine, the official dollar exchange rate fell last week from 27.67 to of 27.43 hryvnia. As says senior analyst “Alpari” Vadim Iosub, the growth trend of the dollar finally broken and the hryvnia will continue to grow.

“During the week the official rate of the dollar may decline to 27.2 hryvnia on the interbank market to 27 hryvnia,” – said the expert.

As explained by Vadim Iosub observed since the beginning of the year growth rates of foreign currency has already become a January tradition, judging by the previous two years. The main reasons are reduced early in the year activity of exporters and active “mastering” in December, unencumbered by this time, but included in the budget costs. As a result, in December there is a sharp increase in the money supply, a substantial portion of which is in the foreign exchange market.

“But in 2015 and 2016, the growth of the dollar in the beginning of the year gave way to its significant drop when excess hryvnia liquidity “resolved,” and actively began to receive revenue from exports. Most likely this year will be no exception, and the dollar will return to the levels of 27 hryvnia to the end of the first quarter, we cannot exclude its reduction to 26 hryvnia,” – says the analyst of “Alpari”. 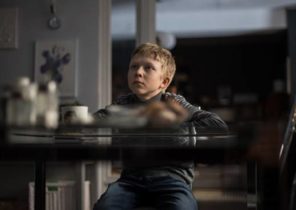