Over the years of its work, the 57-year-old Finnish referee of hockey matches ball Kai wallén (Wallén Kaj) tested and crackling frost, and attempted bribery.

This 700-th match Wallen in the championship of the Finnish hockey. His first match took place in 1978.

In the spring of Kai Wallen ends his career as referee: for the second time, and now for sure. Last time, in 2012, he was persuaded to stay.

“Honestly, I’m already working way too hard the arbiter. There should be a new referees that will challenge the older generation,” says Wallen.

But if you like and do the job well, why not?

Health continues to be strong. He maintains good form, doing various sports. Running, Cycling, rowing, a hobby hunting with dogs forced Thoughtful to be active and outside matches.

Outside of ice hockey rinks Kai Vallin car salesman. In this case, he’s as persistent as on the ice. Last year he sold 142 new car at the BMW dealership in Herttoniemi, although for the year, the seller must sell only 95 cars.

Only the stupid juniors are trying to argue

Vallen is in no hurry to leave his beloved hockey. He’s glad his 700th match came to the meeting “read”, which leads in the championship with the silver medal last year, “Achilles”.

“The game plan is a perfect match. The battle of two teams that concentrate on the game and not on the chatter,” says Wallen.

With Thoughtful, clearly and fundamentally leading the judging, I bet rarely.

The experience and style of the distinguished arbitrator know everything.

“Actually, no one is trying to argue with me. Sometimes some stupid juniors make the attempt, but nothing comes out.”

“It was 49 degrees below zero”

The most exotic cases have occurred abroad.

With a record of vallena 13 world Championships and 10 final matches.

World Cup, held in 1995 in the United States, was, of course, wonderful. Some games, however, took place in the Soviet Union and Russia, also made a lasting impression.

“In Arkhangelsk at the time of the match between Sweden and Norway stood 49-degree weather. Had to put on so much that I could barely move. Was frostbite. It remains in memory,” says Wallen.

In memory there was also an ice room in Soviet hotels, which were not proper beds and good plumbing.

“We had to be very careful with food. Many brought their own food”.

“I was offered money”

In Soviet times, the organizers tried to influence the decision of the arbitrators with the help of money. Wallen says that he tried to bribe in Russia.

“I twice offered money, tried to bribe. Was slipped under the door an envelope. One time the local chief went to the ground cabin to talk about the game. We got escorted out,” says Wallen.

Performance wise the best was the matches between leaders, team Sweden and the Soviet Union/Russia.

“It was always an honor to judge these matches, regardless of whether it was qualifying or final match”.

The last phase of his career

Vallen in his youth he played hockey. Soon, however, he was asked to try refereeing. Whistled it was so successful that it remained in this field.

Dedication to the sport has led to the fact that Vallen stayed in the top League of Finland for several decades. He is familiar not only with the hockey fields, teams, coaches and hockey dynasties, but and unlit roads.

“I have many good friends in this sport”.

He is very thankful to their loved ones

“Without my ex-girlfriend, that is my current wife, and my now deceased parents, nothing would be possible. I don’t dare even count all the miles I had to drive to work,” says Wallen.

Over the past decade, he observed not only the development of ball hockey, but also changing environmental conditions. The warm winter has created a serious threat to this sport, especially in southern Finland.

“Winter is getting worse and worse, and it’s bad for teams in the southern part of Finland. If you don’t build an indoor stadium very soon this sport in the South will disappear altogether”.

The end of a career close

“The last season, then it’s all over. Will be sad, but any day and any match I would anything not exchanged”. 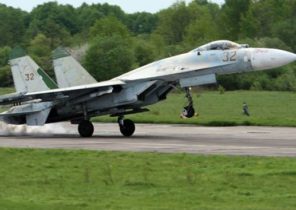