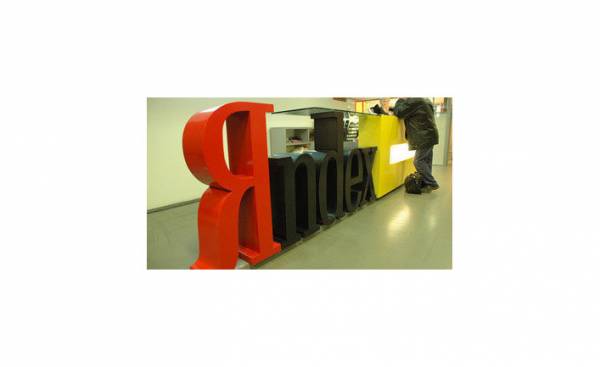 In Russia, Google is not king. Aren’t kings also Uber, Spotify and Amazon. Russia is ruled by “Yandex”. The share of this company accounted for 64% of online search requests in the country, and, as they say, 61% of online advertising market. Service for purchases, etc.Market used by 19 million people per month, while the share of Yandex.Taxi accounts for 60% of all taxi rides in Moscow. Big companies from Silicon valley are experiencing some difficulties there, then how the company “Yandex” is booming.

So what is her secret? “We call ourselves a translocal company”, — says Arkady Volozh, working in Moscow, the founder and CEO of the company, which began its work in 1997 (“a year before the inception of Google, so we didn’t follow her example”). The word “translocal” is not very suitable to indicate a different approach to business “Yandex” finds markets where competitors are weak, and creates its own alternatives. In recent years the company has expanded its activities and is now working in the Ukraine, Kazakhstan, Belarus and Turkey. However, Russia remained the focus of her attention, and this focus has raised questions concerning the relationship of the company “Yandex” with the Russian government.

“I have no problem with government — says 53-year-old Volozh. — As I have no friction and the weather. What happens if it rains? I need to create a service in order to shelter from the rain.” However, the increasingly authoritarian and isolationist Russia has an impact on the business of the company “Yandex”.

In October 2016, at the red square in Moscow began to happen something strange. Anyone who have played the games or tried to drive on the roads of the Russian capital using a global positioning system GPS suddenly teleported to the international airport “Vnukovo”, located 29 kilometers from the Russian capital. The Kremlin, according to the employees of the company “Yandex”, secretly blocked GPS signals, and this created big problems for drivers Yandex.Taxi. However, Volozh this was nothing unusual. “They protect themselves from drones or from something else, he says with a shrug. — I don’t know why they do it, but they’ve got their own agenda.”

Sometimes this agenda is aimed directly against the company “Yandex”. In April 2014, Russian President Vladimir Putin said that the Internet is a “CIA project” and has accused the company “Yandex” in that it is controlled by foreign intelligence. “Oh, Yes. Our shares fell by 20%,” — said Volozh. According to him, Putin’s anger was directed against the international composition of the Board of Directors of the company “Yandex” (it includes the Americans, the Swiss and the Dutch). “I don’t think we are controlled, I hope we are not in control,” he said, half-jokingly, and then leads the list of foreign intelligence agencies which do not control “Yandex”, and in this he is convinced.

However, in going through a difficult period of the Russian technology sector the success of the company “Yandex” is irritating. In may 2011, it placed its shares in new York, while receiving $ 1.3 billion (1 billion pounds), and it was then the largest IPO following the success of Google in 2004″.

Volozh was born in 1964 in Atyrau, a small city on the Eastern coast of the Caspian sea, and then it was the territory of the Kazakh Soviet Socialist Republic. He studied computer science in the second half of the 1980-ies. “I received training and education in the old system of the Soviet Union, and then my career has developed in such a way that I had become a Professor of something, computer science, for example, but then everything changed in one minute,” says Volozh, sitting on the sofa in the co-working space company WeWork in London. He came here from Paris, where he launched a navigation service “Yandex”. He speaks softly, but his sentence is interrupted by laughter. Its annoying when people call his company the Russian Google? “A little,” he admits. However, the comparison is not so inappropriate. Google has always fought for the same market.

“15 years ago, when Sergey (Sergey Brin, one of Google founders) and I were in Moscow, we were friends. Two start-UPS,” says Volozh. At that time, they developed search engine — later, their rivalry has moved to another area. “In 2007 he was in Moscow. He was playing with the phone,” says Volozh. A year was running the Android operating system, and the company “Yandex” has difficulties. The dominance of Google and Android in Russia is almost total — the share of Android system is 60% on the search market. More and more Russians are switching from desktop computers to mobile devices — 60% of people have smartphones, and this figure, according to the forecast, in 2021 will increase to 86% and that the dominant position of the company “Yandex” under threat.

Despite the objections of Volozh, local companies are benefiting from an increasingly isolationist Russia’s position. In Russia as in the EU, regulators scrutinize the control and influence of the Android operating system. While in Europe this process is quite slow, the Russian antitrust regulator has fined Google for 438 million (6 million pounds), claiming to soften restrictions on the market on the Android system, and it happened after a complaint from the company “Yandex”. Volozh did not agree that this amounts to unfair state support of Russian firms. “This process outside of our control. In an equal situation we honestly get their share of the market,” he says.

The other intervention was even more worrisome. In November 2016, Russia has ordered to temporarily block the LinkedIn service, and it happened after the company failed to comply with the requirements of the law on local storage of information. In both cases, foreign companies suffered, and benefited local businesses. “In today’s world when everyone is against everyone, and people are trying to share something, it’s hard to be an international company, says Volozh. But it is not our agenda, not our fault”.

From time to time the agenda of the Russian state, as well as the use of technology to achieve their goals, get a huge impact. In December 2016, American intelligence agencies have concluded that Russia intervened in the presidential election to strengthen the position of the trump. According to Volozh, when propaganda and false news began to acquire such importance, Russia has made a head start. “Yes, we’re aware of this,” he says, referring to the power of propaganda in Putin’s Russia. “No comments about Brexia and elections, — he continues, smiling. — Welcome to the club”.