The President of the United States of America Donald trump came to Hillary Clinton and thanked for what she came for an inaugural luncheon. This publication reports the Washington Post, the TV channel “112 Ukraine”.

“Hillary Clinton and her husband – exp-US President bill Clinton arrived after the oath of Donald trump at the inaugural lunch, and when Donald trump entered the hall of the Capitol, he went to the Clintons and a handshake from Hillary Clinton whispered to her: “Thank you for being here”, – reports the edition.

As noted by the Washington Post, again, about his opponent in the election campaign Donald trump remembered at the end of the dinner. “At the end of the meal trump thanked his former rival Hillary Clinton and her husband former U.S. President Bill Clinton for the fact that they visited this part of the ceremony. He also asked them to stand, and then Donald trump started to applaud and the audience rose to give Hillary Clinton a standing ovation,” – said in the report.

“We have a long four years of hope for peace and prosperity. We all want the same thing. We’re all good people. Whether you are a Republican or a Democrat – it doesn’t matter if we’re going to do it all together,” – said the President of the United States Donald trump at the conclusion of the inaugural dinner.

Recall that the inauguration of the President of the United States Donald trump held today, January 20, 2017 Donald trump and Vice-President Michael Pence was sworn in.

The celebration took place in the Western facade of the Capitol. The ceremony was attended by family trump and Pence, members of Congress, US Supreme court, representatives of the diplomatic corps and others.

During his first speech after the oath trump said that America will be strong again, that will erase from the face of the earth of all radical Islamists, will work for the benefit of ordinary Americans.

The TV channel “112 Ukraine” is a marathon, dedicated to the accession of trump as President. On the website 112.ua accessible online broadcast of the inaugural event. 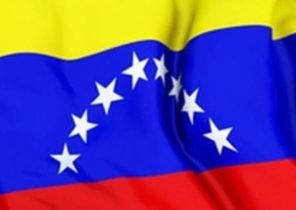