The largest gas producer Burisma Group agreed with the Atlantic Council of cooperation, the group said on its website.

Atlantic Council (Atlantic Council) is one of the most influential non-governmental organizations close to the White house, and policy of the United States. Agreement with them indicates new partners Burisma surrounded by the newly elected President of Donald trump.

Not coincidentally, cooperation with Ukraine, events and programs directly from Burisma Group will oversee the U.S. Ambassador to Ukraine (2003-2006) and Director of the Dinu Patriciu Eurasia Center (the structure at the Atlantic Council) John Herbst. Herbst is a respected diplomat and still retains influence within the American Embassy in Ukraine.

According to John Herbst, support and cooperation with Burisma will allow the Atlantic Council to expand the development programs in Ukraine and create a new platform for discussion of important and topical issues. Not coincidentally, the statement of cooperation Atlantic Council and Burisma Group appeared on the eve of the new Administration of U.S. President Donald trump. According to experts, it will more effectively implement new joint projects in the energy sector and enlist the support of one of the most respected and influential organizations in the United States.

Agreement between Burisma and the Atlantic Council became possible after the withdrawal of all charges against companies Burisma Group and its owner Nicholas Zlochevsky. On 12 January the company said. Earlier, the General Prosecutor’s office confirmed absence of claims to the company. “In the budget of Ukraine paid a record amount of unpaid taxes and penalties – 180 million UAH”, – said the Deputy Prosecutor General of Ukraine Yevhen Yenin, commenting on the completion of audits and closure of all cases against Burisma and Zlochevskiy. In the past two years Burisma has paid about 6 billion UAH to budgets of all levels, the group’s companies are among the largest taxpayers of Ukraine.

New partners – Atlantic Council – with the support of Burisma are going to design and develop a program for transatlantic relations for the energy security of Europe and the world.

According to Mykola Zlochevsky, President of Burisma Group, Atlantic Council plays a key role in Ukraine in building transatlantic relations, democracy and energy security. “Ambassador Herbst has been and continues to be an advocate of Ukraine, Burisma is pleased to have the opportunity to support the work of the Ambassador and the Atlantic Council,” – commented Mykola Zlochevsky.

Atlantic Council (Atlantic Council of the United States), the largest American non-governmental analytical center in the field of international relations of the Atlantic community with its headquarters in Washington, manages ten regional centres and functional programs engaged in international security issues and global economic development.

Burisma Group is an independent gas company with assets in Ukraine, Italy and Kazakhstan. Beginning in 2002, today the company is the largest private gas of Ukraine with an annual production capacity of about 1.5 billion cubic meters of gas and a market share of 30%. The main activities of the Group Burisma are exploration and production, service, geothermal energy. The company plans to increase production of natural gas in Ukraine up to 2 billion cubic meters in 2017. 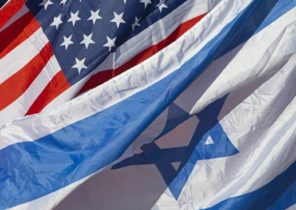