Karel Schwarzenberg @schwarzenbergk: If trump became President in 1933, today all of Europe would speak German. Or in Russian.

_JakubJanda: Say, today Putin will not follow the trump. Well, at least one day of rest.

Michael Romancov @MichaelRomancov: When Washington became President, the rules of Catherine the Great. Trump will be the 45th President. Putin — 17th, the head of state (there are seven kings, seven General secretaries and three presidents)

Míra Kubart @PandaThrasher: Drinking #Jameson and watching the inauguration of President Donald trump live @CT24zive. No, it’s not the Simpsons, it is a reality.

Jana Čechová @cechova_jana: regardless of the shapes and content of the inauguration of the performance in the spirit of the celebrations of may day in the time…

Roman Kuca @KucaRoman: inauguration of Donald trump has its positive aspects. Tomorrow starts the countdown to his fall.

ji_prochazka: RT @kovy_gameballcz: If the inauguration of trump showed three years ago, most of the world would think it’s some kind of fantasy with elements of horror movie.

PavelRyska: trump rides in a limo with Obama. There’s probably the same atmosphere as when Reagan went with Gorbachev. He allegedly told him jokes about the USSR, but Gorby didn’t laugh.

Ludek Stanek @LudekStanek: I Hope that when the trump will give the oath, the Bible spontaneously combust, the skies will open and the thunder are forecasted, and trump will start in a devilish laugh. Otherwise, all this show is disappointing. 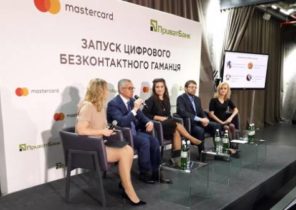