The French revolution contagious effect on other European countries. With the advent of the bourgeoisie to power arose and the labour movement.

The French revolution of 1789 ended the autocracy in France and was the beginning of a whole series of bourgeois revolutions in Europe of the 19th century.

The slogan autocracy “God, King and Fatherland” was replaced by “Freedom, Equality and Brotherhood to death.” And, indeed, it was a struggle for life and death between the old privileges and claims of the bourgeoisie equal rights for all.

The bourgeoisie was not able alone to do away with the autocracy, so she appealed to the third bar to support the revolution.

For this purpose the slogan of the bourgeoisie was perfect.

The victory of the bourgeoisie

Securing the real power in France, she was removed (social) ladder and completely forget the common slogan. The moor has done his duty, the moor can go!

But the lower strata of society was also able to think, and they decided that the bourgeoisie must stick with the original slogan. This has led to a number of revolutions in France from 1848 to 1851.

This is also reflected in Denmark, when in 1871 was formed the labor movement. His first banner was written “Liberty, Equality and Fraternity”.

Actually, there was supposed to be the original slogan, but the chief of the Copenhagen police Crone (Crone) prevented this, so there were only the brotherhood. The police chief later received from the King of the high Russian order for fighting with the Danish labor movement.

This slogan was used by many local departments or sections, as it was called in the Danish branch of the international.

All this was done to show the bourgeoisie that the right to freedom enshrined in the June Constitution of 1849, belongs to all citizens, not just the elite circle.

The may demonstration was banned

Soon after its formation the labour movement was forced to make the first test of strength. The day before the may day demonstration and it was prohibited the chief of police, and the leaders of the labor movement PIO, Brix and Geleff (Pio, Geleff og Brix) was arrested.

The labor movement, that is, in the first place, the trade Union leaders spoke against the ban and held a demonstration, Recalling the words of the Constitution on freedom of Assembly. Clashes broke out with units of hussars, assailants on a crowd of people.

So the fight was born the working-class movement, and every conquest in subsequent years is the result of endless battles, trade-Union and political.

The next big upsurge in the labor movement came with the October revolution of 1917. She called the optimism and hope at the end of the terrible murders on the fronts of the First world war.

It also gave rise to the hope that the old society is replaced by the new where “Equality, Brotherhood and Freedom” are not only beautiful words, but reality.

But history is a strange thing, it does not go smoothly and quietly, it goes leaps and filled with catastrophes, with possible returns to the previous eras.

The bourgeoisie met the October revolution a long reactionary period that began in the twenties of the last century in several countries, particularly in Bulgaria and Italy.

The answer to the October revolution was fascism, which won first in Italy and then in Germany in 1933. This was a preparatory to the Second world war started in 1939.

But the labor movement didn’t give up. It has carefully considered how best to fight fascism. After a long and thorough study of the VII world Congress of the Comintern endorsed the new policy.

The labor movement made a 180-degree turn and adopted the protection of civilian democracy as the most important task. This led to the formation of a unified popular front, the movement growing from the bottom and is so strong that it could effectively solve all the tasks.

Inspiration, created the new policy was so strong that it spread across the globe. And in such different countries as India and Chile, came to power the government of the popular front. As for India, it happened in the first place in Kerala.

The idea of the popular front

One of the major results of the creation of the popular front was successful against the onset of fascism in France. It was created by the national front government, composed of representatives of the parties of the labor movement and radicals.

Example spread to other countries, which also was created a similar government and a broad front of popular resistance to fascism.

The social Democrats of Denmark refused to join the government of the popular front with the Communists, but the Foundation of the popular front was created during the occupation, when he began to occur in workplaces and in trade Union organizations. Workers, functionaries and employees went into the “Free Denmark”, which was built on the unity of various classes and strata of society.

After the victory over fascism in 1945, there were opportunities for further development of democracy. The UN Charter of 1945, in principle, is based on the Statement of the French revolution of 1789 on human rights. These are a long way of history.

In many countries this has created opportunities for women’s rights. Social progress started in new areas such as housing, health and child care.

All this was the result of an advanced policy, created by the labor movement in the thirties of the last century, when the situation looked very bleak. It is also a lesson for today because the labor movement in recent years has been pushed into a defensive position, and acute poverty again began to be felt in many families.

And here the popular front of the thirties of the last century, contributes to the revival of the influence of the labor movement.

The old slogan could be rewritten to read as follows “From the EU, equality and solidarity”. The main thing is not the text, and respect enshrined in the Constitution of rights and their transfer to the new social conditions on the basis of technological and economic progress.

Here the labor movement can successfully appeal to others (social groups), for example, to the functionaries and officials to solve this problem as a United front. 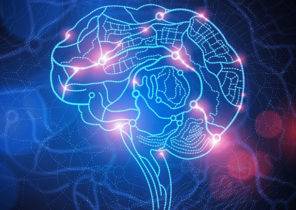