Today, January 19, the national Bank of Ukraine (NBU) has established such rates of major foreign currencies against the local currency.

Thus, the dollar, compared to yesterday’s values dropped 13 cents. The rate continuously grew from 12 to 18 January, in General, with the new year almost up on the hryvnia.

The Euro fell to 20 cents. The Russian ruble “lost” on a penny.

We will remind, on January 18 at the interbank foreign exchange market, the dollar fell to 2 – 3 pennies. Bidding closed quotes 27,56 – net loss of 27.62 UAH. Today’s auction has not started yet.

Earlier, the NBU Council said the reasons for the current collapse of the hryvnia. Exchange “swing” the last week in the Council believe that it is temporary. In the NBU explained that the demand for foreign currency exceeds the supply under the influence of situational and seasonal factors. And the Prime Minister of Ukraine Volodymyr Groysman assured that the devaluation of the hryvnia is seasonal. 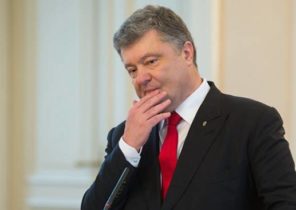