The new Chairman of the European Parliament on Monday in Strasbourg, was elected to the Italian Antonio Tajani put forward by the European people’s party (Christian Democrats), said the press service of the EP.

“We don’t always agree with each other. But we all understand that we have to find solutions. These solutions are not found to have more and more of Europe, but they are not undermining the European project”, – said the elected chair of the European Parliament.

According to him, “not the President of the European Parliament promotes the political agenda”. “It’s your business, members of the European Parliament. You together determine which direction to move, and in what form to make those changes,” – said the Italian MEP, adding that the task of the President of the Assembly to ensure that it will be done in an open and transparent manner, without prejudging the conclusions.

“As Chairman of the European Parliament I undertake to be neutral, serving all Europeans and being focused on the issues that are really important: security, migration, and the creation of jobs”, – said Tajani. 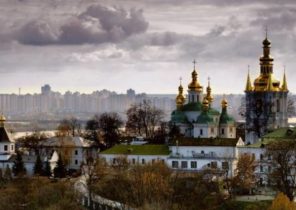