Cairo — a series of abrupt changes in the military situation in Libya has weakened the hopes of one warlord that he will be able to govern the North African oil-producing country, and let Turkey and Russia strengthen their position in one of the most important regions of the world.

Over the last few weeks the Turkish drones and air defense system helped the UN supported the government to regain control of virtually the entire Western Libya, having won it the forces of the Khalifa Haftorah, which enjoys the support of Russia, and since last year trying to capture the capital, Tripoli.

Last week, Haftar announced the withdrawal of their fighters from the front line in Tripoli. But his opponents continued to attack, with the result that they managed to capture a number of coastal settlements and a key military air base. Currently, the strength of the Haftarot forced to hold back the onslaught of the enemy in his last strongholds in the West of the country.

However, according to officials and analysts of the UN, this conflict is far from over, and now there are growing concerns about the fact that he could draw Turkey and Russia into another indirect confrontation and to turn Libya into a second Syria.

76-year-old Haftar still controls a significant part of the territories of Libya and enjoys the strong support of external forces. Last week a senior official in Tripoli said that the Russian military planes arrived in Syria to help the Haftarot, adding that the commander also help Russian mercenaries.

The UN special envoy in Libya, Stephanie Williams (Stephanie Williams) has warned the UN security Council that, contrary imposed by the organization of the arms embargo, the country is seeing “an alarming build-up of military potential”.

“We have reached another crucial turning point in this conflict,” she said, adding that the escalation may lead to “indirect real war.”

In many ways, Libya is already in a state of this war — one of the most internationalized conflicts in the world, because now there is a fight over oil resources, territory and for the implementation of the ideological and geostrategic ambitions.
According to the UN, this conflict has already killed thousands of civilians — including more than 200 people since April 1 of this year — and last year alone they fled their homes, about 200 thousand people.

United Arab Emirates, Egypt, Saudi Arabia and Jordan, too, support the Haftarot, whose attack on Tripoli in April 2019 was the beginning of one of the bloodiest periods since the Arab spring uprisings of 2011 and the intervention of NATO forces, which led to the overthrow and death of dictator Muammar Gaddafi.

Meanwhile the European countries were divided. Countries such as France and Greece, support the Haftarot, and Italy and other support the government in Tripoli. The United States formally support the government in Tripoli, but they sent mixed signals about its willingness to engage in dialogue with the Haftarah — which has an American passport and was an informant for the CIA.
Saturday, may 23, the office of the President of Turkey Recep Tayyip Erdogan said that during a telephone conversation the President of Donald trump and President Erdogan discussed a number of issues, including the situation in Libya and Syria.

Today, Turkey and Russia have become influential players in Libya. They both can end up to oil, gas and construction contracts worth billions of dollars, as well as access to military bases, which will help them to extend its influence over a large part of Africa.

In a stunning turn

Few expected that Turkey will be able to reverse the course of the war so quickly.

Less than five months ago, the advantage was on the side of the Haftarot, who used obtained from Russia’s weapons and mercenaries, as well as from the UAE drones.

He controlled the East and South of Libya, as well as most of the oil facilities in the country. His power of militant groups that operated under the name of the Libyan Arab armed forces — steadily moved in the direction of Tripoli, and in January, they captured the strategically significant town of Sirte on the Mediterranean coast.

By the time the government in Tripoli, called the national consensus Government, has already signed several agreements with Turkey, opening her access to gas fields in the Mediterranean sea. In exchange, Ankara has increased its military assistance by sending drones to Libya, mercenaries, military trainers, armored vehicles and weapons.

In April, groups associated with the national consensus Government, spoke out against his opponents and seized several settlements located along the coast West of Tripoli. However, their most significant achievement over the past few months, it became a military air base of al-Vatiya base, located about 130 kilometers from the capital, which the Haftarot were held in 2014.

This helped to strengthen the morale of the government forces, who drove the captured Russian self-propelled anti-aircraft complex “Shell” on the streets of Tripoli. Turkish drones were able to capture and destroy several “Shells” that were an embarrassment to Moscow and other military allies of the Haftarot.

On Saturday, the forces of national consensus Government led attack on the city of Tarragon, the last stronghold of the Haftorah on the West of the country.

The next step warlord

Now the trajectory of this conflict depends on the reaction of the main foreign allies of the Haftarot, primarily Russia and the UAE, as well as their attempts “to control the growing influence of Turkey,” wrote Tarek Meganisi (Tarek Megerisi), analyst at the European Council on foreign relations, in his column this week.

Thursday, may 21, the commander of the air forces of the Haftarot, has promised to hold “the largest air campaign in the history of Libya”, including against Turkish targets.

In that moment, when he did his statement, the Minister of internal Affairs of the national consensus Government Basaga Fathi (Fathi Bashagha) said in an interview with Bloomberg News that at least six Russian MiG-29 and two su-24 came to the aid of the Haftarot from Syria.

Experts in the field of security analysts called it a warning, addressed to Turkey. Reporters for the Washington Post could not verify the presence of Russian aircraft in Libya.

But if Moscow has indeed sent to Libya their MiGs, this represents a significant escalation. Until now, Moscow has provided the Haftarot support mainly through hundreds of their mercenaries from the “Wagner Group” — a private military company associated with the Kremlin, which helped the forces of the Haftarot on the ground.

Moscow has not responded to messages about the arrival of Russian aircraft in Libya. But last week she joined Ankara is calling for a truce and the process of political settlement under the auspices of the UN in an apparent attempt to avoid confrontation.
In January, Russia and Turkey tried to mediate, but the Haftarot suddenly refused to participate in the process that put the President of Russia Vladimir Putin in an awkward position.

In January, the European countries and the United States also tried to find a political solution to the conflict in Libya. But the talks in Berlin did not prevent the UAE to expand their military support to the Haftarot that forced Turkey to take a more aggressive stance.

The defeat of the Haftarot in the West of the country and provoked the appearance of cracks inside his camp, about what analysts write. This also contributed to his recent decision to cancel a political agreement and its Declaration of full control over Eastern Libya, which alienated from him many political allies and powerful tribes.

“The call of the Haftarot return to power of the military government proved unpopular, said El Gomati. His political allies in the East of Libya don’t trust him, can feel his weakness and, as a result, have already begun preliminary talks with the Government of national consent. His international supporters want to support him, but I think military solutions are ineffective, and political decisions — inconsistent. It leads too many internal and external battles at the same time”.

Quite possibly, Russia already looking for alternatives to the Haftarot. Moscow has supported a new political initiative of the speaker of the Parliament Agil Saleh (Aguila Saleh).

“She needs to act fast if it wants to protect its interests and maintain its role as a barrier to expansion of Russia’s influence in this country, — he continued — and if she wants to prevent the development of another conflict on the Syrian pattern adjacent to its borders”. 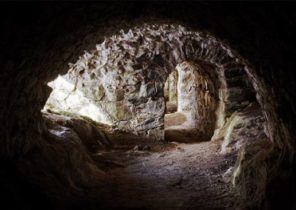