In the last days before the inauguration, we thought we’d clarify how we see the relationship between your administration and journalists.

Unlikely to surprise you that we consider these relations tense. Recent reports that your press Secretary is going to remove from the White house offices for journalists, the latest confirmation that continued throughout the campaign. Are you forbidding news organizations to write about you. You insult and threaten on Twitter to individual reporters and encourage the same behavior of his supporters. You advocated more harsh laws on libel and threatened numerous lawsuits, which never materialized. You avoided the press when you had the chance, and violated the accepted rules of the work in the pool of the White house and at press conferences. You ridiculed the journalist who wrote something that you didn’t like because he was disabled.

All this, of course, your choice, and to some extent your right. Though the Constitution protects press freedom, it does not dictate how the President ought to observe. Regular press conferences, it says nothing.

You can set the rules for communication with the press, but we also can install your own. In the end, airtime and inches of columns that you want to affect, belong to us. We, not you, decide what will work better for our readers, listeners and viewers. Treat what is written below as the basis for expectations of the press in the next four years.

Access preferred, but not critical. You can decide what to give access to journalists to the White house unprofitable. We think it would be a mistake, but again, that is your right. We’re very good at finding alternative ways to get information; in fact, the best reportorial work during the election campaign has released a publication, which forbade access to your meetings. To tell reporters that they don’t get access to something is not the behaviour that we prefer, but it’s a nice challenge.

“Off the record” and other basic rules are ours, not yours. We can agree to speak with some officials off the record, but can not. We can go to the briefing for review or for a meeting not for printing, but you may miss them. It is our choice. If you think that journalists who don’t agree to your rules, you will not be able to produce the material, see above.

We decide how much to give live to your representatives. We will seek to obtain your point of view, even if you do protect yourself from. But this does not mean that we will give the broadcast or newspaper strip, people who regularly distort the truth or manipulate her. We will specify when they will do so, and reserve the right, in the most egregious cases, to forbid them to appear in our publications.

We believe that there is objective truth, and we will test you. If you or your representatives say or twitt a deliberate lie, we have repeatedly stated about it. We deal with facts, and we have no obligation to repeat false allegations; if you or your representatives said something, it might be news, but news will be the fact that this statement does not hold water. Both aspects are equivalent.

We will closely monitor the government. You and your office sitting in the White house, but the US government — a vast structure. We send correspondents to all the authorities, put them to different Federal agencies find sources among officials. The result will be: while you’re trying to control what is reported from the West Wing of the White house, where the office of the President of the United States. We will keep abreast of how your decisions are executed.

We ask ourselves even higher standards than before. We believe that you are responsible for a very serious and large-scale political polarization in the media. Your campaign gave birth to it, and this is a serious signal for us to Wake up. We need to regain trust. And we will return it with fearless and accurate reporting, recognition of errors and following the most stringent ethical standards that we ourselves set.

We will work together. You tried to split the press and to use competition reporters of fomenting family quarrels. This comes to an end. We now understand that the task of lighting your work demands that the press worked together and helped each other when possible. So when you plug or ignore the journalist at the press conference because he said something unpleasant to you, you will encounter a United team. We will work together on the materials, when it is needed, and be sure that the world will hear about the vital work of our colleagues. We have, of course, differences remain, we will conduct an important debate about ethics, tact or good faith criticism. But these disputes will be ours from start to finish.

We play vdolguyu. At best you will stay at my job for eight years. We are engaged in as long as the state exists, and our role in this great democracy are recognized and amplified again. You made us re-think about the most fundamental questions: who we are and why we’re here. For this we thank you.

The press pool of the White house. 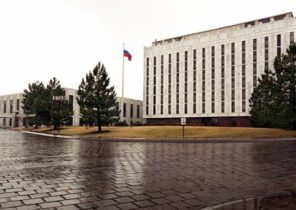 The reason for the poor U.S.-Russian relations is not Putin, and Russia itself 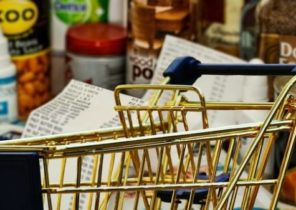