One of the most respected rating agencies Moody’s will pay $ 864 million in penalties. The same amount of payments agreed upon during the negotiations of the leadership of the Agency with the U.S. Department of justice and representatives of the 21 States, writes Deutsche Welle.

Dollarov 437,5 million of this amount will be credited to the account of the Ministry of justice, and 426,3 million dollars to individual States.

Penalties the US government punish the Agency for its incorrect assessment of the securities in the real estate market States. Assessment Dvaleti before the start of the financial crisis of 2008.

The U.S. justice Department has accused Moody’s that it put too high ratings is extremely risky securities, which was partly supported by troubled mortgages. Thus encouraged customers to buy securities, about the high risks of which they had no idea. Such securities were one of the root causes of the collapse in the U.S. housing market and financial crisis of 2008, according to the Ministry of justice, reports AFP.

The rating Agency will not only pay fines but also will be forced to admit its wrongful conduct.

Recall that in 2015 the US government has imposed 1.37 billion fine on another large rating Agency Standard and Poor’s (S&P). 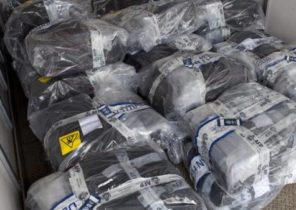