I already wrote a lot about the development of a network of TRANS-Eurasian railway, which is rapidly linking together dozens of cities in China and Europe. I often say that high speed trains can make the journey in the 9-12 thousand kilometers in less than two weeks, and sometimes only 10 and a half days. But one of my reader named Tony Restell (Tony you need to restall) left a rather sarcastic comment to my article about the new train that goes from East of China in London: “12 thousand kilometers in 16 days is very reminiscent of the train’s low speed”.

He brought simple mathematical calculations showed that if these trains went all day, their average speed would be only 30-40 kilometers per hour.

I explained to my readers that although these trains are direct and belong to a special category of “Express bets”, this does not mean that they go all day without stopping. On the territory of China, Central Asia and Russia, these trains pass approximately 1.1 thousand kilometers a day and in Europe where the rail network is more dense, they can take only 350-400 miles a day. However, my reader was right: although this freight rail network is considered to be the fastest on the planet, trains move through it not so quickly.

“Double speed, and you will receive a total of eight days. That would be interesting,” he added.

It is going to make Russia and China — and they have much more ambitious plans.

Russia, which looked at the benefits of transcontinental railway transport, perhaps better than any other country (the Russian TRANS-Siberian railway is the main line of the Northern railway corridor of the New silk road), intends to create the most technologically advanced rail network on the planet. In December, during the meeting of the party “United Russia”, the head of Russian Railways Oleg Belozerov has declared that Russia will become a pioneer in the movement to expand the network of high speed freight freeways, which is to connect China and Europe.

“We plan to reach China via Kazakhstan and to carry through the territory of the Russian Federation, the special high-margin cargoes to Europe,” he said.

Belozerov noted that high-speed freight highway will reduce the journey time of trains between China and Europe up to two days — in some ways it is even faster than required for air shipments. RZD announced that it has engaged in the development of a cargo train that can reach speeds of up to 300 kilometers per hour at full load.

While in Europe and Asia is becoming more and more high-speed passenger trains high speed freight trains is significantly behind them — and in a sense they still remain only a theory. However, given the fact that in the West China, Central Asia and the Caucasus now have a new industrial centers, producing high-quality and mostly high-tech goods, the economic arguments in favor of the TRANS-Eurasian railway network every day becoming more convincing.

It is the need to transport high-yield products led to the rapid expansion of the rail freight network between Europe and China, where now there are 39 routes. For most of the products is quite perfect slow and cheap sea transport, but for expensive goods to be delivered quickly, the TRANS-Eurasian railway network becomes a viable alternative to expensive air freight.

According to the Russian-proposed high-speed freight line will go including high-speed passenger train from Moscow to Kazan, which will allow people to cover a distance of 770 kilometers in just three hours. The construction of this high speed section of highway is due to start later this year. China is willing to provide $ 6.5 billion in credit and $ 1.6 billion of foreign direct investment, a German consortium led by Siemens, Deutsche Bank and Deutsche Bahn promised to invest in the construction of $ 2.8 billion. It is expected that this highway will start in 2023.

It is planned that over time this area high-speed highway Moscow-Kazan will be extended through Kazakhstan to Beijing, that is, on 7 769 kilometers and will be connected to the existing system China high-speed Railways with a length of more than 19 thousand kilometers. This project will join the initiative “One belt and one road” and in many ways will replace the iconic, but aging the TRANS-Siberian railway. If this high-speed railway is indeed built, then the time required to get from one end to the other, will be reduced by more than fourfold, to 33 hours.

During the first decade of the 21st century, rail transport was somewhat outdated and slow — as if he left us a legacy from the previous era. But New silk road is rapidly changing the situation. TRANS-Eurasian highway is rapidly modernizing in order to enable it to meet the needs of the coming era. Watching as the railroad linked European cities with cities in East Asia, we witness only the first act of the play, which becomes increasingly complex with each new episode. The future of TRANS-Eurasian railway, undoubtedly, will be high-speed. 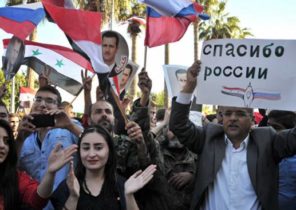