In the suburbs of Argentina’s capital Buenos Aires, four armed criminals robbed a Bank, stealing 47 thousand dollars. To commit the RAID he took only 30 seconds.

The video footage, as the two malefactors in masks come out of the car and a hammer to break the glass door of the Bank. Two rifle-armed criminals accomplices waited in the car. After 14 seconds after penetration into the building the robbers came with three magazines money at the time of the attack was loaded in the ATM, and got into the car.

A Bank robbery took only 24 seconds six seconds one of the robbers spent to pick up the fallen object.

During this time, the raiders was not made a single shot.

Police are investigating the attack. According to local law enforcement, a few blocks from the Bank robbery, the criminals abandoned his car, move to another and disappeared.

Earlier it was reported that Russian loser with a fake bomb tried to Rob a Bank. 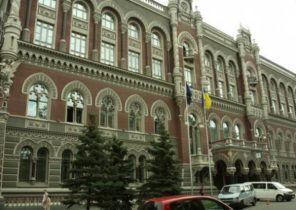