In the last days of 1997, the leaders of Turkmenistan and Iran commissioned a 200-kilometer pipeline between the two countries, giving him the name “Friendship”. But since then, bilateral relations are not particularly developed. But in recent years they have become strained to the limit, and by the end of 2016 came down to the fact that Turkmenistan could suspend gas supplies to Iran.

Then for a moment it seemed that relations with Iran can improve. According to reports, the talks in the last days of last year failed to reach an agreement, according to which, according to Iranian officials, Iran was to continue to receive Turkmen gas for at least another five years. Iranian media quoted unnamed officials who claimed that the Turkmens have so much wanted to reach an accommodation with hotels in Ashgabat Iranian delegation that even persuaded the audience to leave the Iranians to return from the airport to continue negotiations.

After three days of negotiations, the Executive Director of the National Iranian gas company (NIGC) Hamid Reza araghi, according to the English division of the news Agency “Farce”, told about the preparation of the Memorandum of understanding concerning the export and swap gas supplies. This statement was interpreted by Iranian media as evidence that gas supplies will be suspended.

But January 1, these illusions were settled when the Turkmengaz stopped deliveries. The representative of NIGC told Iranian news Agency “Tasneem” on 2 January that the attempts of Iranian officials to achieve from the Turkmen side explanations did not succeed, because Turkmen officials were absent from work due to celebration of the New year and did not respond to calls.

The main reason for the disagreements is the issue of outstanding debt. Turkmenistan claims that Iran needs about $ 2 billion for gas supplies. This amount started to emerge in reports in mid-December, much to the dismay of Iran, has threatened to refuse the renewal of the contract for the supply of gas. In 1997 the then head of the Turkmenistan leader Saparmurat Niyazov announced the achievement with his Iranian counterpart Mohammad Khatami agreement for a period of 25 years, but thereafter this agreement is constantly revised, that extremely irritated Tehran.

In response to the Turkmengaz termination of deliveries of blue fuel, NIGC broke another threatening statement, in which, according to the translation of news Agency “Shana”, accused Turkmenistan in constant unneighborly behavior in the energy sector. The parties still have not forgotten took place in the cold winter of 2007-2008 confrontation when, according to NIGC, Turkmenistan took advantage of the shortage of gas in Iran and raised rates nine times from 40 to 360 USD per 1 thousand cubic meters of gas. According to Turkmen officials, most of the debt Iran had accumulated then.

According to the Agency “Fars”, the head of NIGC Araki said that the national gas company of Iran and Turkmenistan have agreed to form a joint Commission to address controversial issues. But this agreement apparently was not enough to prevent termination of gas supply.

The tendency of both countries to stealth provides a detailed and fully analyze the situation. NIGC, said in his confusing statement that he has already repaid debts for 2007-2008, But the Azerbaijani news Agency “Trend” indicated in my article in the August interview with Deputy Minister of Iran for international relations Amir Hossain, Zamaninia in which he allegedly acknowledged the debt of Iran to Turkmenistan. According to Tamaninii, the debt amounted to 600 million to $ 1.5 billion, but he stressed that the exact amount to be established through negotiations.

Meanwhile, the state media of Turkmenistan has completely ignored this episode.

Tehran, as to unsuccessful negotiations at the end of 2016, announced his intention to reduce the dependence on gas supplies from Turkmenistan. Iran is a major gas producer, but is forced to buy Turkmen gas to cover the needs of remote areas in the North-East of the country, not connected to the national gas network. In 2010, in addition to “Friendship” with Dauletbakova Turkmen gas field to Iran was laid a new gas pipeline “Dovletabad-Sarahs-Hangeran” is equivalent to “Friendship” capacity of 6 billion cubic meters per year.

According to reports, these threads are already more than enough to meet Iranian needs. As follows from the above reports news Agency “Trend”, for the 12 months until March 2016 (the end of the year on the Iranian calendar) Iran imported from Turkmenistan, 9 billion cubic meters of gas, which is two times more than the year before. But then the volume of imports began to decline. This week’s “Trend” quotes the words of Araki about that, although in 2015, Turkmenistan exported to Iran of 25 million cubic meters per day in recent months this figure fell to 12 million cubic meters.

Iran intends to continue to expand its gas network, and, NIGC, meanwhile, said that successfully survive the current short-term crisis.

“Our colleagues in the oil industry and NIGC agreed on measures to prevent outages of gas in the domestic sector, so with the help of Allah and with the cooperation of the population, this winter will be able to transfer with minimal problems, said NIGC this week. — Lack of supply during cold weather can be covered by saving on gas power plants, industry and domestic sector”.

The news Agency “France-Press” quoted an official of the Ministry of petroleum of Iran, a country which produces 700 million cubic meters of gas per day, and deliveries from Turkmenistan account for only 1.5% of Iranian domestic needs.

Disruptions in supply from Turkmenistan to Iran has happened before, but they were usually short-lived. In November 2012, Turkmengaz stopped deliveries, ostensibly for preventive measures, explaining this step by the request of the Iranian side. But the Minister of petroleum of Iran refuted then this explanation, stating that the reason was disagreements over the price.

Demanding immediate repayment of a huge debt, Turkmenistan is playing a dangerous game. Seeping out of the country news point to the fact that Ashgabat is struggling to cope with the deepening economic crisis. Therefore, such decisive steps towards knocking out debt from Iran may stem more from a desperate need, and not the claims regarding the contractual obligations.

Stopping the supply to Iran, Turkmenistan, apparently, are in a vulnerable situation, because she was only one buyer of gas, which is contrary to long-stated goal Ashgabat to diversify the export routes. What’s worse, that the only buyer is China — a country with sufficient resources and strategic weight in order to bargain for themselves the most favorable conditions. Although the exact price at which Turkmenistan sends gas to China, is unknown, according to media reports, it is very low.

But this situation is just part of a larger international picture.

In 1997, Niyazov called built mostly Iranian money pipeline “Druzhba” breakthrough project that will reduce the dependence of Ashgabat from the supply to Russia. Although Turkmenistan has managed to achieve this goal, it just replace Russia with China as the main buyer of Turkmen gas, the export of which is practically the only source of income of the state Treasury.

Meanwhile, the interests of Turkmenistan and Iran are not the same. After the start of operation of “Friendship” Tehran and Ashgabat spoke enthusiastically about the creation of a coalition with Turkey to order from the company Royal Dutch Shell calculations for the construction of the pipeline, which was supposed to bring Turkmen and Iranian gas as much as in Western Europe.

Commercial interests and the gradual withdrawal of Iran from international isolation very reduced incentives for rapprochement with Turkmenistan, said Annette Bohr, in his published in 2016, report for Chatham House. “Iran is not particularly interested in the re-export of Turkmen gas, given its own vast reserves located in the southern parts of the country. As a result, in the long term Turkmenistan will be rather inclined to consider Iran as a competitor for the same markets, than as assistant in the development of the trade,” she said.

Director of NIGC on international issues Azizollah Ramezani said in July that Iran plans to 2021 to increase the export of gas to 80 billion cubic meters per year. According to him, these volumes of the order of 30% will be sold in Europe. To achieve such indicators, Iran will have to make a huge jump.

Iran also plans to sell gas to Asian markets, including India. These plans are contrary to the interests of Turkmenistan, a very hoping to diversify its gas exports using the TAPI gas pipeline from Turkmenistan to Pakistan and India through Afghanistan.

Plans for the construction of a gas pipeline from Iran to Pakistan and India as TAPI, has not moved from a dead point, but this project has a significant advantage — the pipeline does not have to be routed through the territory of Afghanistan. 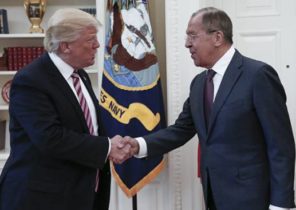 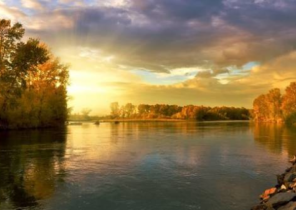