The defence forces of Finland adopted the decision on the acquisition counter-battery radar systems. We are talking about brand new for Finland’s weapons systems.

“We will buy counter-mortar radars. They can be used to identify the location of artillery units firing,” says the Colonel of Paasivirta Pasi (Pasi Pasivirta).

“Such systems in Finland until now was not, but they are used, for example, in Sweden. In Norway also discussed the issue of acquisition of such systems.”

The defence forces of Finland will send requests for obtaining information about radar systems, their manufacturers already this spring.

“We are working on a tight schedule. If all goes according to our plans, the radar will have in service in 2020,” — said Paasivirta.

The project cost is estimated at tens of millions of euros. The cost depends on the volume purchased systems.
Paasivirta said that the issue of the acquisition counter-battery radar systems for a long time not been on the agenda of the Finnish defence Forces.

“We are not in a hurry, but at the same time obtain the experience of war in Ukraine”.

According to Pasivity, the defence Force is now really ambitious plans for the development of artillery.

“We don’t want to fall behind. As officer of the artillery, I can confirm that if all the planned projects materialize, we will have the best and most advanced artillery system, at least in Europe,” says Paasivirta.

In addition to the counter-battery radar systems the army of Finland acquire second-hand self-propelled howitzer in South Korea. An official announcement of this purchase will be published in the near future.

“The main criterion for projects for the purchase of radars and artillery systems is that they will be used by the military. They must be such that members were able to apply them”.

The war in Ukraine has demonstrated that the fire of artillery, grenade launchers and rocket launchers, still has great importance in the conduct of modern warfare. According to one estimate, about 85% of all casualties comes from their fire.

Counterbattery radars are used for several decades. However, in most cases it is already outdated technology.

Paasivirta believes that in the world there are 6-7 firms that can produce the modern system required Finland.

Such producers are, in particular, in Sweden (Saab), Israel (Elta Systems), the US (Raytheon).

The request, which made the defence Forces of Finland, is open so that a proposal can be and Russia. But Paasivirta would not want to do what the Russians can offer.
The main criterion of the effectiveness of counter-battery radars is their ability to determine the initial point of firing indirect fire.

“Together with other intelligence, this allows you to give an idea of what kind of artillery unit is firing, says Paasivirta. — Then the decision about whether it is necessary to conduct fire on it on their own. To develop the ability to destroy it is very important that we have achieved such skills of target detection, which are absent from us in the present moment.”

The radar system can provide the stock some time to prepare their own troops, because they will be informed that at them the shooting started. For example, the flight time of an artillery shell fired from a distance of 30 kilometers, is 1.5 minutes.

Counter-battery system significantly complicate the activity of the enemy artillery, because it needs to take into account the presence of resistance.

In practice, this means that immediately after firing artillery and rocket launchers must quickly move to another location to ensure that they do not become the target of enemy fire. From one fire position to fire only for a short time.

Counterbattery radars, speaking in military language, are the so-called new types of efficient warfare. In practice it implies a variety of weapons systems and their activities.

The defence forces of Finland have already received many samples of effective military action. This, in particular, and the possibility of fighter Hornet to bomb, which did not exist the entire postwar period.

In addition, the naval forces of Finland after a long break I intend to buy torpedoes to counter submarine. 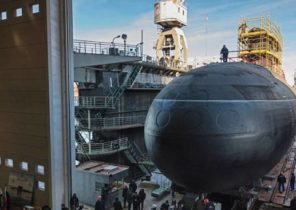