Russia has made cyber attacks and tried to influence the outcome of elections in the United States. This was stated by the candidate for the post of CIA Director Michael Pompeo.

“I Express my respect to this report (for cyber-attacks – Ed.) which is quite clear about what happened – about the participation of Russia and the attempts of using cyber-attacks to obtain information and exert influence (on the election in the U.S. – Ed.)”, he said at the hearings on his confirmation to the Senate intelligence Committee.

CIA Director John Brennan, who is soon leaving his post, said a few days earlier that Russia in recent years tried to influence political processes in Europe, and many European countries concerned about possible attempts by Moscow to interfere in the upcoming 2017 elections.

At the same time, he expressed hope that with the advent of the new administration of Donald trump Russian-American relations can improve.

“This does not mean that we can’t find ways to work together. And maybe now, with the advent of the new administration, will be able to do it. I hope so. But the facts say that Russia recently tried to interfere in our electoral process,” said Brennan.

Recall, December 29, the United States expanded sanctions against Russia in response to hacker attacks, conducted in mid-June: according to the White house, the Russian hackers broke into a database of the U.S. Democratic party, including having access to information about the newly elected President Donald trump. The United States declared persona non grata 35 diplomats from Washington and San Francisco, they have already left the country.

Also published by the U.S. Treasury sanctions are six people and five departments, including FSB.

In addition, the proposed group of U.S. senators new sanctions against Russia affect not only the cyber attacks, which Washington accuses Moscow but also of Russia’s actions in Syria and Ukraine. 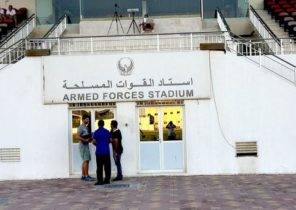