When we met, he was already a lot. How much, will say: the old man he looked. However, the age of the Japanese issues are usually not appearance and demeanor and speak. In advanced years he is sedate, unhurried, said slowly and softly, smiling with my eyes. Throughout his appearance felt behind the confident Patriarch.

That was amazing man, with whom I had the opportunity to communicate regularly in those years, when the air smelled of change, however, it is unclear in which direction. No luck, perhaps, was not: how else to explain that he chose me in the sides. But by choosing, never made me feel a considerable difference in age, experience, and position.

Like the heroes of my previous notes, he belonged to a generation which started its professional life in the war years, emerging from a heavy defeat and managed to be realized in the new postwar Japan. After graduating from one of the best Imperial universities and, in my opinion, some boarding school in the early 40-ies he was sent to work in the Research division of the Manchurian railway.

Here, apparently, can not do without history. Far in the spring of 1896 Russia and China signed in Moscow a secret Treaty of Alliance against Japan. In accordance with this document, Russia immediately began and in 1903 finished the construction of the strategic Chinese Eastern railway (CER). Began the road to Chita and went across Manchuria to Vladivostok and from Harbin to Port Arthur (South branch). After Russia’s defeat in the war with Japan in 1905 southern branch came under Japanese control and was renamed the South Manchuria railway (the South Manchuria railway).

As usual in the colonies, the South Manchuria railway quickly became the governing body of all Japanese policy on the mainland, becoming a kind of headquarters, who led the annexation of Manchuria in 1931. In the main Board SML was submitted to various Japanese agencies, including the exploration of the land army. As operated under the umbrella of “Research Department”.

In 1935, the USSR was forced to sell the CER to the puppet government of Manchukuo, that is the same to the Japanese, and again a single iron road is known as the Manchurian railway (Japanese acronym for “Manteca”).

(The tradition to give their intelligence agencies “research departments”, the Japanese have kept to the present day. Take, for example, Research Bureau of Cabinet of Ministers of Japan. However, in contrast to the classical Soviet (Russian) and Western models, Japanese Research office does not conduct human intelligence. Its mission is the analysis of information coming from other public and private sources.)

Went to work in the Research Department of Mantetsu, my hero thereby became a party to the cruel war of aggression waged by Japan against China. I would venture to suggest that, being then quite a young man, he conscientiously performed the duties of the analyst, not only thinking about the global problems of war and peace. (Generally speaking, like this, I would say, technocratic approach to their work inherent in many young professionals not only in Japan.) However, this short period of his life he hardly spoke and I wasn’t asked.

However, once trying to convince me in the absence of Japan in those years intentions to attack the USSR, he mentioned that, on the recommendation of the Research Department, Russian track of the CER (1524 mm) was completely altered on the European standard (1435 mm). This argument struck me as relevant: for the transportation of Japanese troops in the USSR, adopted in China European track really was not good. Moreover, approximately the same years for military operations in China on the island of Honshu has completed construction of Japan’s first strategic highway with the same European track. Other Japanese roads were narrow, the so-called Cape gauge (1067 mm).

It is clear that the main topic of all our conversations was the problem of Soviet-Japanese relations, which he invariably considered in the broader context of global and regional politics. As a realist, he understood that ideology to be reckoned with, but looked at her with a slight irritation as a superfluous, often hindering States to objectively assess their interests and other people’s intentions.

This issue we discussed in a purely academic manner, based only on real facts and arguments from international law and history. Mandatory conditions for such dialogue are purely informal in character, full of mutual trust and the willingness of participants to honestly accept the arguments of each other, which they cannot refute. All these conditions are strictly adhered to. As an illustration I will cite only one example.

After about a year after our first conversation did turn to the question of the Soviet-Japanese neutrality Pact signed in April 1941, a period of five years, i.e. until April 1946. A year before the expiration of the term, each party had the right to notify the other party of unwillingness to renew it. In April 1945 the Soviet Union did so, simultaneously confirming that the neutrality Pact will remain in force until April 1946. As you know, four months later, in August 1945 the Soviet Union declared war on Japan. That was interpreted by the Japanese as a direct and rude violation of the USSR’s Treaty obligations.

In the future, this accusation is preserved in the subtext of the talks on the territorial issue, as irrefutable, in the opinion of the Japanese, the fact confirming their moral rightness.

To argue, as if there was nothing in Soviet sources the Soviet entry into the war with Japan before the expiration of the neutrality Pact was declared legitimate, in my opinion, no convincing arguments. As time went on, other arguments was not until I drew attention to the fact that at the initial stage of negotiations in 1940 Japan had offered the USSR to conclude a non-aggression Pact on the type of Soviet-German from August 1939. In the course of negotiations the parties having insurmountable differences on the issue of Sakhalin, the Soviet Union informed Japan’s readiness to sign a neutrality Pact.

These two archaic international legal instrument differ in one. The Pact is the obligation of the Contracting parties under any circumstances not to attack each other. By contrast, a neutrality Pact provides that one Contracting party would remain neutral if the other was attacked by a third party. In a literal reading of the Soviet-Japanese neutrality Pact obliges Japan to remain neutral in the Soviet-German war, which by attacking the Soviet Union, Germany started.

But did not oblige the USSR to remain neutral in the American-Japanese war by attacking the United States, unleashed Japan itself. Of course, the interpretation of their Treaty obligations, the Soviet Union would notify Japan in April 1945, is not undertaking the performance with the denunciation of the neutrality Pact. The USSR did not, allowing the Japanese to make conclusions for yourself. Simply put, the Soviet Union resorted to may not be quite correct diplomatic ploy, but a neutrality Pact is still not violated.

All of these considerations, I, as expected, with an apology presented to my companion, who took it without enthusiasm but without objection. More to the topic of the Soviet-Japanese neutrality Pact, we did not come back.

In a few years obtained in this story experience a literal reading of the documents helped Russia to formulate its position on the question of inherited Union Treaty with the DPRK. Before the expiration of the term of the agreement remained several years, and his military article involves the provision to the DPRK of direct military assistance if it is attacked from the outside. This commitment Russia eventually confirmed, leaving behind only the right to determine who attacked whom. What informed the DPRK. The danger of Russia being drawn into waged by the DPRK a hypothetical war on the Korean Peninsula was thus neutralized.

Returning to the hero of my story, I will say that he has achieved a lot in life. Became one of the most authoritative in Japan, experts in the field of foreign and security policy. He was certainly a man of Kissinger’s scale, which up to the end of his days maintained a good relationship. In my opinion, he could become an outstanding head of the Japanese foreign policy. But due to the very Japanese reasons has neither a Minister nor even the first Deputy Minister of foreign Affairs. The Minister in Japan — incumbent politician and a politician, he never was. (The only exception to this rule only confirms it.) Well, the post of first Deputy Minister of the occupied career diplomats, which he did not belong. 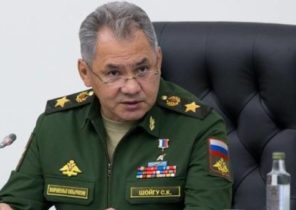