Former Chairman of BTRC, and now mediaconsulting from St. Petersburg Alexander Zimovsky was named among those who allegedly intended to participate in the transfer of Soloveva on TV channel “Russia”. This interview took place before the moment it became known that it is fake.

“Nasha Niva”: is it True that you are invited to the transfer of Solovyov, will you be participating?

Alexander Zimovsky: No, I’m not. The invitation I received by email, but they considered him a fake, in a number of ways. But not if it were fake, would manage there without my participation, as specified in the invitation time (11 Jan) I’m busy.

— Why in the Russian media actively exaggerated the theme of a successor to Lukashenko?

— I have no reason to speak about an active discussion of this topic. Usually this kind of writing materials, the Minsk correspondent of the Russian media, and the last time this topic surfaced in connection with the death of Islam Karimov. There are a number of Patriotic resources in Russia, who are fed with this theme. But in Belarus all the authors, as are the resources of the article are “Belorusija”. Therefore, to talk about the systematic updating with Russia/the Kremlin, etc. of the topic of succession of power in Belarus, in my opinion, prematurely.

— Does the Russian elite wishes to change Lukashenko to a more loyal leader?

In this case it is rather a topic for a joke: “does the tiger eat a ton of meat?— Eat something he will eat, Yes who will give him”.

Every time you begin a conversation about the search for a successor, sane people are asking a counter-question: why to look for a successor? This is a purely economic approach, and in the Russian elite there is a consensus on the issue of cooperation with Belarus.

In short, the conventional “Kremlin” comes from the fact that the polity, the government and the economy in Belarus is the problem of the Belarusians. And to the fore a new principle of our relationship. According to which Belarus is free to do and live as she likes. But Russia is free to pay Belarus this freedom.

There is one caveat — the absolute rejection of the claims of the West to Belarus and Russia in our countries about the same. We have a single strategic ideological position, and “shalenogo Belarussia” and “Russian world” is only small disagreements on tactical issues.

— Does not begin in the Russian media the next campaign against the leadership of Belarus, as it was in 2010 with the “Godfather father”?

You rightly noticed that it is all telltale signs of campaigning. Usually, this kind of informative campaigns to weaken/strengthen the negotiating positions of the parties. In this case we are talking about the well-known problem of energy prices, previously established the Belarusian-Russian agreements, and the existing Belarusian debt. The point of view of the parties are known, I will not repeat.

Each party States its position, including through the media. And the degree of aggressiveness of presentation depends on the passion and talent of the artists working in these media. In this context, the actualization of the topic of Belarus and personally its President is possible. To what extent this can be painful and sad for the Belarusian side, I do not presume to predict.

If to speak about the specific position of Putin, she is known: “Pacta sunt servanda”, or “Subscribe — pay”. About the position of the Belarusian side I can not say anything, because of ignorance. However, you may notice that a bold gesture of friendship and harmony, demonstrated by the Belarusian side, will be immediately appreciated in Russia the most positive way. 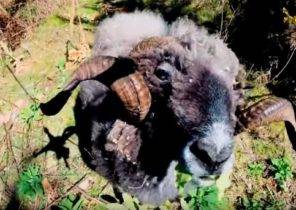