The price of oil on Thursday moderately reduced in price after rising on Wednesday on concerns that rising production in Libya could offset the reduction in fuel production by OPEC countries.

March futures for Brent crude on London’s ICE Futures exchange was cheaper to 56.27 per barrel. Futures price for WTI crude oil for February in electronic trading on the system of the new York Mercantile exchange (NYMEX) decreased to 53.14 dollars per barrel. As reported, Libya is not party to the OPEC agreement to reduce production, increasing production in the country’s largest oilfield at al-Sharara and preparing to resume the work of the major export terminals of AZ-Zawiya. According to sources in the state Corporation, the Libyan National Oil Corp., currently, the country produces about 700 thousand b/d against 630 thousand b/d in December. Libya plans to double production in 2017.

Meanwhile, in December total oil production by OPEC countries fell by 310 thousand barrels per day due to the disruption of fields in Nigeria, according to the survey of experts conducted by Bloomberg.

In addition, market participants monitor changes in fuel stocks in the United States. According to the American petroleum Institute (API), published the day before, oil inventories in the country last week fell by 7.43 million barrels.

The official data of the energy will be released Thursday at 18:00 Kyiv time, and analysts on average expect a more moderate decline of 2 million barrels. 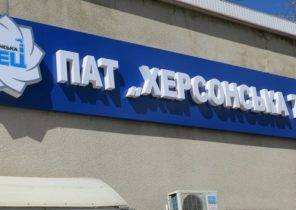