“Naftogaz of Ukraine” on results of activity in 2016 will pay to the state budget about 60 billion UAH of taxes, said the head of the company Andrey Kobelev.

“Our strategic plan is to “Naftogaz” never received support from the budget, but rather paid to the budget the amount of taxes that have to pay large oil and gas company. This year, for example, 60 billion UAH”, – he said on air “channel 5” on Wednesday evening.

According to him, “Naftogaz” and, after separation of the gas business in a separate structure plans to be a profitable company, without receiving subsidies from the state budget, as it was in recent years.

“Due to the fact that from April 2017 should be unregulated, that is, “Naftogaz” will work in a fully open market, we expect that we will be able to earn a profit, which may not be as big as the income from gas transit, but he still (NAC]) to be a profitable business,” – said A. KOBOLEV.

In the financial result for the first nine months of 2015 includes 8 billion UAH of income from equity in earnings of subsidiaries and associates under separate financial statements. Beginning in 2016, Naftogaz displays such income only in annual financial statements. Thus, if you take NAC as a separate legal entity for the first nine months of last year, the company posted a net loss of $ 7.8 billion against UAH 25.5 billion UAH of net profit in January-September this year. 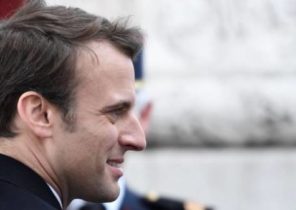 Le Pen will not get a majority in Parliament: interview with French expert Nicolas Tenteram