Scientists from the University of Reims (France) found that continuous vigorous shaking champagne bottles helps reduce the risk of “explosion” after the opening, but does not increase it, writes “Around the world”.

It is considered that when shaking the champagne bottle increases pressure, which leads to the formation of bubbles and rapid “explosion” after removing the tube. However, scientists have proved that if the shaking lasts longer than 40 seconds, the number of bubbles begins to decrease, and after 220 seconds (about 3.5 minutes) and they did disappear. Then the pressure inside the bottle begins to grow again, although not reaching the initial level. However, this applies only to sealed bottles. If the bottle was already open when shaking the pressure inside starts to grow, so it is not recommended.

The fact that in a closed bottle of carbonated alcoholic beverage gas are evenly and continuously forms and dissolves the bubbles. Shaking creates many large bubbles and when they burst, the gas from them only temporarily soluble in water, reducing the amount of free gas in the bottle. And because the gas needs more space than liquid, the pressure in the tube decreases.

Another way to decrease the speed of the “departure” of the cork from the bottle, as previously found those same scientists, is to chill the bottle to 4 degrees Celsius. Given that each year about 900,000 people cause themselves or others injury, opening the champagne, on the eve of holidays such discoveries can be very relevant.

In addition, according to those same scientists from the University of Reims, champagne tastes better if it is served warmer than it is, namely at a temperature of about 18 degrees. 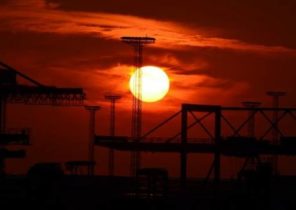