In Kherson region the man, being in an alcohol intoxication, out of jealousy killed his wife. About it reported in a press-service of police of the Kherson region.

The police Department asked a local resident Kakhovka and reported that his neighbor killed his wife.

At the scene the police found the body of 46-year-old woman with stab wounds of the hands and chest. In the kitchen sat her husband, in a state of alcoholic intoxication, who immediately confessed to the crime.

The man explained that he had consumed alcohol, remembered the past and got jealous wife, between them there was a quarrel, he grabbed a knife and repeatedly struck her in the chest and arms. Then called the neighbor, who called an ambulance and the police.

The malefactor is detained as article 208 Criminally-the procedural code of Ukraine.

In fact the case, open criminal proceedings under part 1 St. 115 (premeditated murder) of the Criminal code of Ukraine.

Earlier it was reported that in the Kherson region the teenager was ecolocal knife pensioner.

Now the suspect is threatened with imprisonment for the term from 7 till 15 years. 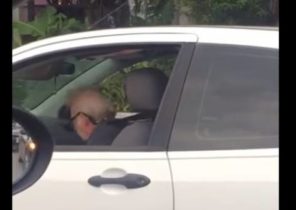