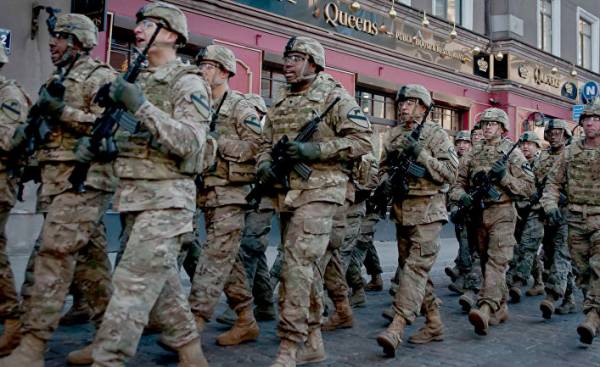 Bad news from Afghanistan: attacks on security forces and civilians increased significantly, Afghan forces are heavily demoralized, according to the US, radical Islamic Taliban again control 11% of the country, and 30% of the territory are fighting. NATO is concerned about and is trying to take countermeasures.

It is planned to increase the number of troops in the Hindu Kush. The us military recently demanded an additional five thousand soldiers to the training mission “Resolute support”. Currently, there are about 13.5 thousand troops under NATO command. But, according to the Alliance, the recent meeting of the military became a “disappointment”, it was officially granted only about 1.5 thousand soldiers.

Currently, the headquarters of NATO in Brussels is waiting for data from Americans who have not yet made a decision about his future presence. NATO chief Jens Stoltenberg, who will then provide the preliminary results on increasing troops in Afghanistan at a meeting of defence Ministers on Thursday.

But only one additional troops, the Alliance probably will not be limited. Currently, NATO is considering whether their troops to join the Afghan security forces from the camps and help them on the battlefield, for example, artillery.

Until now, training was conducted mainly in regional camps, like Mazar-e-Sharif, or in a well-protected ministries in Kabul. Thanks to new components, the NATO mission in Afghanistan may become more efficient but also more dangerous. This applies to the 980 German soldiers in Afghanistan.

But ahead of a meeting of NATO defense Ministers was also good news. Jens Stoltenberg said that the European allies and Canada will contribute on defense this year by about $ 12 billion more than before. Speech about increase of 4.3%. For the third consecutive year we have seen progress in the growth of defense spending, said Stoltenberg.

Moscow says about the “danger of militarization”

The new US President, Donald trump demanded that European allies a significant increase in defense spending and insisted that all NATO countries must provide for the defense of about 2% from economic indicators.

Moscow has condemned this development. “Only the defense spending of Europeans — four times more than the budget of Russia”, — said Alexander Grushko, Russia’s representative to NATO, the newspaper Die Welt. Trump currently encourages to stick to the level of 2%.

“The first question that comes to mind: why not $ 250 billion (the sum of the defense expenditures of European countries). If a further increase seems absolutely necessary, then another question arises: with what purpose? Against whom or what will be sent to protect?” Grushko accused NATO that it should be “a very dangerous trend of the militarization of international relations”, which can lead to a new arms race.

NATO emphasizes the unity of the Alliance

The senior diplomat also criticized the constant presence of four multinational combat units (thousands of soldiers) in Poland and the Baltic States. According to the Alliance, these forces must serve as a deterrent. Germany has deployed 450 soldiers in Lithuania.

“With these military steps to strengthen the Eastern flank of NATO creates a new situation in the security sphere, which we cannot ignore, and we’ll respond with our own military means”.

A NATO spokesman denied the accusation. “NATO is a defensive Alliance. We are not seeking confrontation with Russia. Our goal is to protect allies, to prevent conflicts and maintain peace”. The strengthening of troops in the Baltic States — a response to Russia’s military operations against neighboring countries. “NATO forces in the Eastern part of the Alliance commensurate with the Russian forces in the region. But NATO’s presence testifies to a cohesion of the Alliance.”