The Book “Hitler. Mein Kampf. Critical edition” became a best seller in Germany that surprised even the staff of the Institute for contemporary history in Munich who worked on it.

This was stated by the Director of the institution, Andreas Wirsing, reports Tagesspiegel.

According to the Director, initially, the Institute has trained 4 thousand copies of the two volumes.

“We have already sold 85 million books. At the end of January will be the sixth edition of the… Nobody could count on that,” said Wirsing.

He also said that after the initial hype in society has expanded the discussion, and the text began to study and evaluate from a professional point of view.

In addition, the Director of the Institute noted that ambiguously refers to the proposal to study the book in schools.

However, it became known that he is now preparing the French edition of “Mein Kampf”.

“This is not a translation word for word. It will be cropped and renewed,” he explained.

Earlier it was reported that for the first time in 70 years, Hitler’s book went on sale in Germany. It was in January last year, when the first edition sold out online even before the official start of the sale.

It is known that Hitler wrote “Mein Kampf” (My struggle) in 1924 while serving his sentence in a Bavarian prison for organizing “beer hall putsch” of 1923. In the book, the author outlined the ideas of national socialism. Its first edition took place in 1925, and eight years later — after Hitler came to power, the book became the most published in Germany, and its reading is mandatory. 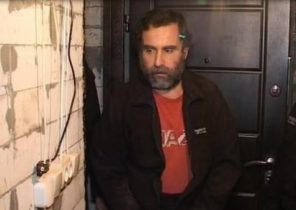