This issue may seem childish, but actually head over him breaking every scientific value for many decades. Nobody expects that the other primates will instantly compose and read a poem, but why the information level of sound expressions, at least not close to human?

Or rather, why the sounds of our immediate family is no closer to human speech than the methods of communication a number of much more remote from us?

Some creatures, including such exotic as parrots and elephants can learn to imitate human speech. Primates, in contrast, hominids, even after years of training can only whisper uttered a few attempts.

Over time entrenched two competing theories that explain the paradox of “non-speaking primates”. Or blame their brain, which is not so developed to deal with comprehensive communication close to human, or the structure of the vocal cords, larynx and the oral cavity of the apes does not allow to reproduce the wide range of sounds, which can man’s throat.

Of course, the explanation could be somewhere in between. Perhaps primates have great bodies to play sounds, but their brains are not able to manage them. Let’s for the purposes of article simplify the situation to two extremes.

An ardent supporter of the first theory was Charles Darwin. This theory was confident and most scientists until the end of the 60—ies of the last century. The other side is outweighed, after the publication of the famous article by American researcher F. H. Lieberman and his colleagues, who painstakingly researched the oral cavity and the larynx of a dead rhesus monkey and made her plaster model. It was measured and the resulting data entered into the computer to see how a wide range of sounds can produce a monkey.

The result surprised everyone: the sound of the ability of macaques are extremely limited and not even close to human. Even if monkey brain enough to difficult speech, for purely mechanical reasons monkeys can’t handle it. The results of experiments with other methods of communication, for example using signs also showed that the hominids are able to communicate well. So the second theory in the books.

The mechanical possibility is there, the problem lies elsewhere

But the most recent study group of European and American biologists prove that F. H. Lieberman much “miscalculated”. The team under the leadership of Professor by the name of William Tecumseh Fitch (if their name will seem strange to you, then you know that his full name is William Tecumseh Sherman Fitch, the Third and he was a direct descendant of the famous General during the war of the North and the South) instead of the corpse of a monkey and a plaster model of the studied macaque living and have used advanced x-ray.

First, scientists have taught a monkey to sit on during the scan, and after x-ray photographed her throat in different types of activities: when you cry, when eating and various expressions of faces. In total there have been 99 different positions of the vocal cords, muscles and tissues of macaques. The resulting range of sounds corresponding to vowels of a man, did not differ from human capabilities. The computer even gave scientists the ability to synthesize certain proposals as they would say the throat of the monkey.

Clicking on this link, for example, you can hear the sentence “Will you marry me?” (“Will you marry me?”) and to assess how hypothetical monkey it easy to understand. According to most English-speaking observers, the proposal is as clear as if it said the man with a foreign accent.

In the course of a few more detailed experiment, scientists asked a computer model of the throat of the monkey to synthesize five different vowels which it is only capable of (they approximately correspond to our i, e, a, u, o). Then independent observers are asked which of these sounds they seem different vowels.

The results did not differ from the perception of human languages. Moreover, five different vowels is the norm, and in some languages missing and three. To perceive spoken toque consonants was more complicated. But almost certainly she could pronounce p, b, k and g, and h, m and v.

So it is almost proved that, from a purely mechanical point of view, hominids, nothing prevents to correctly imitate the human speech. Let their abilities do not entirely coincide with ours (for example, the macaque would not be able to say i), but people without problems understand their speech. Moreover, evaluation of the ability of macaques are very conservative, and if trainings were carried out, they easily would have reached human “heights”. So the explanation for the lack of at least some forms of speech in monkeys is connected, apparently, with their brain. 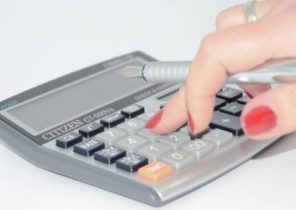