The festival is an opportunity to see the works of Ukrainian essayists. The website Segodnaya publishes an essay from the list that formed the jury.

But I and people

– What is there for people plivut?

After the revolution, was 7 years old. Ended the period of war communism for the NEP. Had long ago forgotten about the Central Rada, Ukrainian national Republic, the Hetmanate, Directory. No longer white, red, French, anarchists, nationalists. No one. The space is filled with literature, cinema, avant-garde, futurism, the bourgeoisie and street vendors.

At this time there that does not lose relevance. What can you advise to read Another, seeking the answer to the question: what is Ukraine?

This text was written when it has no relevance, when no one else would really be important to this question. No Central Rada, Ukrainian national Republic, the Hetmanate, Directory. There’s no one around.

2016. Ads across the country calling to buy, to learn, to feel, to reach, to obtain.

Outside the window of a democratic Ukraine. There are left and right, nationalists and Communists, Democrats and fascists, invaders and separatists. All there. Space similar to the 1924 – filled literature, music and cinema. The electorate is already quite still on the policy Association, electronic Declaration and a visa-free regime. The important thing is to buy and sell.

Sometimes in our discourse, questions emerge: who is to blame? what to do? This is an obvious bug that would crash the system. Sometimes in our discourse someone by mistake looking for answers to these questions. But, it’s important to remember that we are not tormented by the greatness of Napoleon, and the rich old woman money-lender suggests an indescribable boredom. Channels and Straits, it does not cause burning eyes, and the ability to send troops to Berlin, or, for example, to Constantinople to cause a condescending smile. Therefore, these questions are stupid. Who is to blame? What to do? No, not our it issues. And that’s all.

I’m a security officer, but I man?

Khvyliovyi is not just a convenient slogan, built on all the banners: “get out od Moscow!”. Khvyliovyi remains an important indication of our existence, a reminder that we can’t afford to lose dichotomy, always left the comma. “But I’m a person”, should sound more often than the question “Who am I?”

– Get out od Moscow!, – they stubbornly zealous.

“My rebellious son,” says the mother of the main character. “Rebel son”.

Rebellion is the main feature of our people. No, not a riot, not a revolution, not stability or work ethic. Namely, rebellion. The rebellion is self-destructive attempt to answer the question: who am I?

Having tumbled down monuments, renaming streets, taking the place of the judges, and putting everyone and everything who is right and who is wrong. We are already near the limits for which the revolt is not possible. And it’s scary, in fact, rebellion is the right to suicide, which cannot be taken. Especially our people, especially in Ya.

Traitors, all is already solved, no time for it! – they are marching.

All our history is the inability to fall into madness yourself, intelligently, enthusiastically, that’s crazy his own self.

But, here it is the era, which certainly will remember! Long live his own madness.

We can’t even become a unified part of the Empire, which, of course, was our brainchild. Who are we? The great Russians? The Russians? Or, maybe we – we are Russian?

From about 1953 to 1982, we ruled the Soviet Empire. Our troops were in Budapest, Prague, Afghanistan. Our officials and bureaucrats provided the total influence of the state in any place of this planet.

So who are we?

The Ukrainian Soviet socialist Republic was one of the most conservative in the Union, but that did not stop in 1991 to vote for independence.

– The past does not exist! This experience not ours! All the enemies and deceivers! The circle of traitors. And don’t even need to try to ask uncomfortable questions. Institutions, academicians, scientists, professors, bloggers, speakers, and public intellectuals had already prepared everything. Already all found and all called. They are the ones whom God commanded to give a name! And they do it perfectly well.

It was may 12, 1933. Khvyliovyi went to Lydia Vova-Blakytny, this morning arrested Julian Shpola (Mikhail Yalov). They Khvylovy lived in the same house on the street Red Writers, 5. Soon the house number 5 on the street Red Writers become, in the apt definition of Ivan and ginger, to the crematorium. But on may 12, 1933. This building was a place of entertainment, creativity, conversation, meetings. It was the place of our rebirth.

May 12, 1933, the year Khvyliovyi comes to Lydia Vova-Blakytny to know about the arrest of Shpola. “I don’t understand, don’t understand…”. He rises to his apartment to call the chief of the OGPU of the USSR Carl Carlson.

Julia Umantsev discourages him from this call.

The next day, may 13, Khvyliovyi was found in his apartment with Kulish and Dosvitniy. When all were odds he went into the next room and shot himself.

“The arrest of Yalov is shooting a whole generation… For what? That we were the most sincere Communists? Do not understand anything. For the Generation of Yalova are primarily responsible I am, Mykola Khvyliovyi. “Therefore,” says Semenko…

Today is a beautiful Sunny day. I love life and you have no idea. Today’s the 13th. Remember how I was in love with this number? Terribly hurt.

Let him live the socialist construction.

Let him live the Communist party.

P. S. Everyone, including the copyright, give Lyubov Umantseva. Very asking friends to help her and my mother.”

To put the question that remains important in our new state. To put questions is in the first place, honestly. In General, you should always be honest. And this is not a call to defeat. On the contrary, it is a call to more war. For total war. The war in which the main role is played not multiple, but single.

The future of the world determines the guerrillas. The partisan figure is always the figure of doubters. In our case it is the figure of a man who poses a permanent question: who am I? Unfortunately, we are entering a period of prepared answers. The answers, which in the future may again lead to the events experienced here and now. Not the best and the worst of the Ukrainians. There is no one who speaks Russian or Ukrainian. And Ukrainianization no, it can’t be. Is it possible to Ukrainize Ukraine? Is it possible to make them themselves? Absurd!

The main question of our time was raised by Martin Heidegger, it sounded like: what is called thinking? And here in this question Heidegger calls thinking. We don’t need ready-made solutions. We can’t afford to be in Europe or in Russia. After all, we have to be like us. That’s why the question: who am I? It is more than important. He gives the opportunity. The ability to solve without a party, school, University or discourse. The ability to think independently, independence.

In the meantime, we are moving to meet the Sirens, do not waste time on stupid questions. The main thing – to have time to carry out the reforms to the IMF tranche and, most important, to reduce the excise tax on the purchase of foreign cars.

The fact that we got Andrew the Apostle is an undeniable historical error. It was to Thomas. It is only after killing his mother, we may reply:” Indeed!” 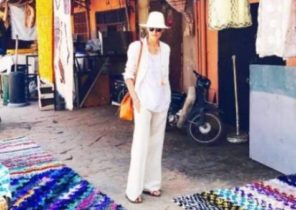