“Sometimes I have the feeling that I was not there. I only play a role in a movie or live under cover” — lowering his eyes, said Csoe just married.

Under the condition that her real name not to be named, and that the photographs should not see her face, she agreed to meet with a correspondent for Aftenposten in one of the restaurants of Beijing to tell him her secret.

28-year-old girl before were convinced that she was a lesbian, but in his native village a few dozen kilometers South of Beijing, her only child in the family, to talk about this case.

Least Csoe could confide in his parents. A month ago she got married — including, and for them.

“I myself am one, but my husband is homosexual roommate. My husband and I live in different parts of Beijing. We are not close friends, we are together, only when you meet him or my parents,” says CSAE.

A woman of medium height, with close-cropped hair, glasses and practical clothes — neither male nor female — and in a good Shoe speaks a little unsure English and switched to Mandarin whenever she difficult to formulate.

It does not exclude the possibility that parents — at least partially — guessed why she got married on the calculation, without love:

“Mom and dad notice that my husband and I are not in love with each other, and they know we don’t live together. We justify all of that work in different parts of the city. We still don’t know what we’re going to talk later about why we have no children. But to get pregnant I’m not going”, — firmly says Csoe.

According to official statistics, in China 70 million LGBT people, i.e. lesbians, gays, bisexuals and transvestites about 5% of the population of almost 1.4 billion people.

In a new study conducted in the country among members of the LGBT community, and 70% respond that hide their orientation, and that the reason they can’t open, the pressure from the family, according to The Shanghaiist, which reprints the numbers WorkForLGBT, organizations in support of LGBT people.

No one knows how many people enter into sham marriages to hide their orientation.

But it is clear that CSAE and her husband are far from alone.

32-year-old lesbian Saobi (Xiaobai) from North-Eastern China, said in an interview with the BBC about how she came up with the idea to create iHomo, service in social networks:

“After I married a homosexual, I began to ask female friends that asked for advice on how they could do the same. I realized that a lot of people in desperate need of help,” says the entrepreneur. She noted that the demand from gays and lesbians who want to marry is growing, and soon all will become quite easy, thanks to the use of a new application, iHomo.

Homosexual and proud father from Anhui province, told China Daily that his wife is a lesbian get pregnant by artificial insemination. And now four unsuspecting grandparents not inhale his tiny grandson, and the man said in an interview with the newspaper, thinking about his son, decided to stay, keeping their addiction a secret.

Openness only for a privileged minority

Though homosexual cohabitation in China is still officially banned, in fact, they tacitly acknowledge more and more. Newspapers enthusiastically write about what the LGBT market in China is more than 2,500 billion crowns per year (so in the original article — ed.TRANS.).

Special applications, computer games, thematic tours are the products and services presented at a recent conference, “Pink economy” in Beijing.

Gay pride parades in Shanghai, and other very blatant actions lead to the fact that the number of people who belong to LGBT understanding and accept it, is growing, particularly in large cities.

But the fact that this new openness has emerged — a phenomenon characteristic of large cities! This I openly say, when I go to the Beijing LGBT Center, located in a spacious apartment in the North of the capital.

According to the lady, who introduced himself as “Kim” and is the head of the center, for the vast majority of LGBT people who came from smaller localities, social pressure, especially from their own families, enough so that they chose to hide their orientation.

Kim and from the village itself. In the same way as Tsoe, she married a homosexual in order to conceal from my parents what a lesbian. She confirmed that many of those who go to this private center, or already have done the same, or are going to do it.

But not all, says the group friends, who have come to drink tea and chat:

“Yes, I am the woman never getting married!” says Clark (35), and all the men at the table strongly support it.

Just like 65% of women and 54% of men, according to a large survey conducted WorkForLGBT, they are made totally official marriage with a representative of his own gender.

“But all the evidence suggests that such marriages in China are not legalized soon,” humbly says Robin Ho, 40 years.

A good partner is hard to find

After a conversation in the restaurant Csoe going to leave one on a cold winter Saturday night, home to an empty apartment.

“I so wish I had someone appeared. But it is not easy to find a partner in a situation where I have to hide who I am. Among my friends of LGBT people is almost no. Very few of my friends know that I’m gay. And at work I can’t reveal his secret,” says CSAE, who works as an economist in a private company.

28-year-old girl, newly married, admits that she is tired of lying and keeping quiet, but she does not feel guilty of not telling parents the truth about your marriage:

“I just want them to spare. At home, in our village, all the people are very conservative, they are supporters of the traditions. There to have a daughter like me — taboo.”

Jørgen Lohne (Jørgen Lohne) is a correspondent for Aftenposten in China 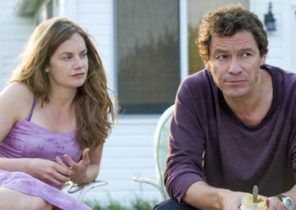 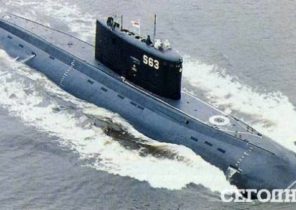