Investors like astronomers or anthropologists, rely on predictive models to understand the complex universe, to determine priority solutions, set priorities for future research. But increasingly unusual events force us to reassess everything we thought we know well. This can be a black hole. This may be a strange fossil. Or it can be a political shake — a referendum on Breccia in the UK or the election of Donald trump President of the United States.

As the current turbulent year comes to an end, experiencing dizziness global markets continue to set new records. But this should not distract investors. In 2017 they will have to evaluate the work of the global economy, and accordingly to calibrate the valuation of all stocks and bonds on the market, even if part of the market fundamentals remained unchanged, many others has clearly changed.

For at least two decades, most investors agreed with the consensus of economists and political scientists that the world is getting smaller, while the degree of integration increases. Thanks to the rise of China and India, a third of the world’s population suddenly turned into workers and consumers in the global economy. And new technology has provided cheap communication, advanced robotics and the increasing capabilities of data analysis, allowing companies to reduce inventory levels and to better integrate the supply chain.

Meanwhile, political leaders gradually had created the regulation and trading regimes, which helped to eliminate customs duties, to simplify the crossing of borders, to open attractive new markets. Was a good company that tried to take advantage of these new opportunities, while investors were looking for stocks of those companies that looked the most promising.

According to the world trade organization, since 1995 the volume of exports of goods and commercial services in the world increased four times. When the financial crisis of 2008, international trade volumes have begun to fall, the majority of politicians, based on these past trends, I decided that restoring economic growth will help the new trade agreement. In particular, the administration of President Barack Obama’s plan to create a huge free trade zone, including countries in Asia and Europe. With two major trade agreements, the conclusion of which she wanted (the TRANS-Pacific partnership with 12 countries, and the Transatlantic trade and investment partnership), the United States was at the centre of an integrated market, combining two or three of the global economy.

However, these hopes faded when populist movements in Western countries, based on the people’s dissatisfaction with the emerging world order, have achieved success in the elections. Since radical, advocating anti-establishment party SYRIZA won in Greece two years ago, voters seem increasingly like the idea of national governments, opposing supranational and multilateral organizations such as the European Commission and the International monetary Fund.

A referendum on Brexia many observers also interpretiruya as an attempt to regain control over national borders. Regarding the reasons that led to the victory of trump, the historians will argue about it even after the end of his presidential term, but it is now clear that many of his supporters do also wish that America closed the door, replenished the coffers and start to rely on themselves and not foreign friends.

Taken together, these political developments (as well as the steady advance of the forces opposed to the establishment, in France and Germany, where elections will be held in the coming year) will constrain further global economic and political integration, at least in the short term. The Nations of the world will now avoid major trade agreements and their desire for international harmonization in the internal regulation will be weakened. Companies operating in international markets, will soon face rising costs, because to move the goods across the border and to hire foreign workers will become increasingly difficult; investors who invested in these companies can expect lower yield.

Even a mild skirmish between the U.S. and Mexico on trade issues may cost very expensive, for example, automakers, because it is now in the production process some of the components cross the U.S. border eight times. And if Boeing had not yet engaged in restoring order in its huge global supply chain established for the production of the Dreamliner aircraft, now he’s probably in a hurry to do it as soon as possible.

Voters want to restrict the international movement of goods, services and people, and therefore companies will have to move to a new business model, which involves the creation of duplicate structures within countries. Meanwhile, investors will search for stocks of such companies who are for profit requires a minimum crossing borders, or those that can continue to generate profits, despite the rise in protectionist barriers. In the end, the markets will reward those companies that are able to argue with the authorities and to maneuver in the conditions of contradictory regulation, which can improve productivity and open new markets.

However, this new model will not be able to ignore the important forces that have underpinned the old model in the first place, the forces of globalization and technological innovation: the protest voters won’t stop them. In today’s global economy, another significant leap in performance will be made by the companies involved analyzing customer data and production chains on a large scale. The company from whom it will be good to be able to create goods better and at a lower price. However, they will achieve major success, only if you are able to compare data in different countries and jurisdictions. At the same time, the unwavering logic of the development of the Internet, and robotics to enhance productivity, and division of labor, which was first described by Adam Smith will force governments to cooperate.

Wise investors will look for companies that are able to survive in the current populist revolt against globalization and to take advantage of new economic and technological trends. They will use more sophisticated methods of analysis that are appropriate for the current more challenging times. But, as good astronomers or anthropologists, successful investors will be able to identify the correct model in a sea of conflicting data.

Christopher Smart is a senior research associate of the Center for business Mossavar-Rahmani, Harvard Institute of management Kennedy. He was special adviser to the President on international Economics, trade and investment (2013-2015) and Deputy Advisor to the Minister of Finance for Europe and Eurasia (2009-2013). He is also a senior research fellow at Chatham House. 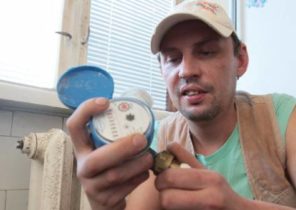