Now Valery Tsepkalo is located in Kiev, before he was going to speak with the press conference

A former member of the presidential race in Belarus and the former Director of the Park of high technologies Valery Tsepkalo, who previously fled from their country to Russia, now went even further – to Ukraine.

On it informs “Interfax” referring to the press-Secretary of the politician Alexei Urbana.

“Valery Tsepkalo is already in Kiev”, – he said.

We will remind that Valery Tsepkalo has announced his candidacy for the presidential elections, but the CEC refused to register, arguing that the fact that he did not get enough signatures.

Curiously, when necessary 100 thousand signatures, the initiative group has applied to the CEC more than 200 thousand, but reliable of them have been recognized only less than 80 thousand Tsepkalo tried to appeal the Commission’s decision in the Supreme court of Belarus, but was refused.

Last month he announced a move to Russia with the children because of the impending detention. However, his wife Veronica stayed at home, where it is involved in the election campaign of the wife of another of the contender of Alexander Lukashenko at the elections – Svetlana Tikhanovski, whose husband Sergei was arrested.

Earlier Valery Tsepkalo stated its intention to hold a press conference in Kiev and cities of Europe and the United States.

Also faced with repression and other party elections – the banker and public figure Victor Babarik, who was also arrested. This caused a sharp reaction of the EU and provoked mass protests in Minsk and other major cities. 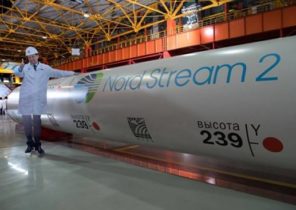