Tanzania, Zanzibar. The name of the African state and its semi-Autonomous group of Islands in the Indian ocean, that sounds so poetic, soft and exotic, that many Russians in the past few days have shown an interest.

Russian search engine “Yandex” the surge of queries did not originate in one point, however, the number of search queries per day has increased to 65 times, and in the section “Travel” more than 200 times. Even the representative of the Russian foreign Ministry Maria Zakharova at the weekend have taken a small advertisement to foreign territories, saying it was “very popular”, as shown by the state program on export flights to compatriots at the beginning of the pandemic.

For sharply increased interest of Russians to the far Tanzania in recent days, there’s a good reason: since the weekend there again, it will be possible to fly from Russia, specifically — only on the Zanzibar archipelago. And it is the most remote from foreign countries that is allowed to go on 1 August.

Prime Minister Mikhail Mishustin said last week about the resumption of international flights from Russia to Tanzania, the UK and, most importantly, in Turkey. According to the Russian government, the negotiations are being conducted with 30 countries, but this holiday season it does not mean anything. Russia is still officially recorded daily over 5 thousand new cases of infection with coronavirus. Therefore, the EU has not resumed unlimited entrance to the Russians, while constantly checking the situation with coronavirus.

The same still applies to Turkey, whose government this is, however, very displeased. Now the two governments want to help each other.

The one who from Saturday will want to fly to London, on arrival you will have to spend two weeks in quarantine. But on a trip to Tanzania and Turkey, this rule does not apply. Even a fresh test for the coronavirus from tourists will not be required. At first, planes from Moscow, St.-Petersburg and Rostov-on-don will fly to Istanbul and Ankara, a week and a half will resume flights to Antalya, Bodrum and Dalaman. For both countries it is a huge success. Russian media reported that President Recep Tayyip Erdogan personally spoke with the head of the Kremlin Vladimir Putin, speaking for the resumption of bilateral air links.

The tourism industry in these countries, and almost worldwide, have suffered greatly due to the coronavirus. But if the EU was recently able to agree at least on the free movement within Europe, for Russia, this is not yet in sight. It felt not only the Russian population but also the vast industry of travel agencies. To support tourism in their country in times of crisis, the government next year plans to introduce a simplified system of electronic visas for foreigners from 53 countries.

Turkey, unlike Tanzania, is one of the most popular tourist destinations among Russians in recent years. Just last year, there rested 7 million Russians. Because in the fashion industry, many had to change vacation plans, cancel the trip or to change the direction and go to the Russian regions. So popular places, in addition to the villas resorts are in the area of Sochi on the Black sea, the Baltic coast in Kaliningrad region or annexed Crimea.

The restart of flights to Turkey do not compensate for the decline in the tourism industry. Besides flights on the coast will resume only on August 10. For families with children it is quite late after school, and Russian children go on 1 September. And the newspaper “Izvestia” with reference to the website tutu.ru writes that because of the sharply increased demand prices on flights to Turkey increased by 30-32% compared to last year.

But Turkish tourists, of course, drawn to Russia, here we are talking about entrepreneurs, told the newspaper, the Turkish Deputy. They want finally to resume his business. 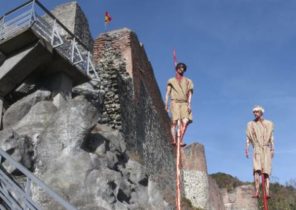