“We buy an apartment to live in it”

K. 30 years ago got a job in Silicon valley and moved from Israel to California. Twice a year he is in Israel with his wife and two children, but lately, the family is increasingly discussed the question of return to Israel for permanent residence and the purchase of real estate. And now, in the midst of coronaries they embodied their desire in life and acquired property in the project “psagot” Dan in Ramat Gan. “We believe, — said K. a Israel’s approach to dealing with the crown more responsible than in the US. And the conversations I hear among his Jewish friends, such as people from Israel, like me, which many in Silicon Valley. That is why many of us have now taken the decision to relocate: buy a house and return back Home.”

According to the Jewish Agency, since the beginning of the pandemic coronavirus occurs bum wishing to be repatriated around the world. At the same time, construction companies are reporting a huge demand for new housing across the country, and the geography of applications is very diverse. The Director of the integration Department of the Jewish Agency Shay Felber not surprised: “There is a clear relationship between increased immigration and demand for apartments, and this is natural because, in weighing the decision to move, one of the crucial aspects for returnees is the question of where to live.” Up to 2010, foreigners bought every year in Israel, thousands of apartments, but then there has been a significant decline of interest in Israeli real estate and the appreciation of the shekel, and also due to the tightening of banking restrictions when transferring money from abroad. Unlike the current wave of filings on the property from the previous growing interest not only in expensive holiday villas.

3,000 applications for repatriation instead of 480

The data of the Jewish Agency are striking: in June last year, there were more than 3 thousand applications for repatriation only in North America compared to 480 during the same period last year, as is the case in Latin America — 580 applications now instead of 290 in 2019; in France compared to the previous year 730 wishing instead of 200.

Sivan Perets, Vice President of marketing for the construction company “Boney ha-Tikhon,” says that, according to Google Analytics, over the last 8 days of the roughly 1,500 visits to the company website 100 were foreigners: “Usually such visits from abroad, 10-15, and figures are about the same I hear from my colleagues in other companies.”

Mochi Kosachyov, one of the owners of the tower “Bereshit” in the area of the Bavli in tel Aviv, said that initially the project was aimed mainly against Israel, but in recent times it has showed great interest in the Jews of the United States, France, Belgium and South Africa. Basically it is Israeli citizens who went abroad many years ago, and today they plan to return home.

Vice-President of the “Aura” gidi Shmerling says that a large group of Mexican Jews preparing to move to Israel, asks you to offer them construction projects are not in the heart of tel Aviv, and in the cities of gush Dan.

Amir Cohen, Vice President of the company “I. H. Dimri” said that some of his customers who first purchased in Israel luxury housing for rest, now decide to live in it permanently and run your business remotely: “we are witnessing a new trend — a growing interest from younger people to buy homes in Ashkelon, Netivot, Arise, before such was not”.

Gil Peles, marketing Director of the company “the Brig” confirmed: “not all immigrants the current wave are looking for a luxury apartment. A plan to sell your property abroad and to purchase $ 1.5-2 million shekels”.

The reasons for repatriation

“Now there are four reasons for repatriation, which are somehow connected with coronavirus, says Shai Felber. — First of all, Israel is a great medical care; the second reason is Israel is perceived in the world as a place that knows how to deal with the coronavirus; third, anti — Semitism, which reinforced the coronavirus worldwide; the fourth reason is economic — in most countries, the Jews suffered from the coronavirus, and they believe that they will receive the absorption basket and other benefits that will help them to start all over again.”

According to the chief economist of the Ministry of Finance of Israel, in the past the favorite cities for the purchase of real estate by foreigners was Jerusalem and the cities along the coastline, including tel Aviv, Netanya and Ashdod. “But in recent months, we have sold ten apartments in Beersheva,” says Yishai Roth, Vice-President of construction investment “Shovel”.

Oded Shane, Vice-President of the “Theater of Panton”, argues that the project of “Marine Park” in bat Yam, about a quarter of transactions were concluded with foreign buyers, and about half of them during a pandemic coronavirus: “the Difficult situation and uncertainty cause people to seek a safe place to live, and it is for them — Israel. And even if they don’t make aliyah now, they want them to have at any time had the chance”.

Sivan Pepper confirms: “Two weeks ago I was approached by a group of Americans who wanted to buy a house in Netanya. They said it gives them a sense of security. Another example — at the moment I’m engaged in the sale of apartments of four fellow Americans in our project in Kiryat Ono. They want to have housing in Israel, when they will press need.”

— Statistics shows the increase in the number of complaints of potential returnees several times from Europe and Latin America, and almost ten times from North America — said that there the US, not Canada, is the main source of growth.

The tenfold overall increase in applications from abroad in the context of the search for apartments to purchase perfectly correlated with the surge in applications for visas for repatriation — many new immigrants tend to buy in Israel apartment soon after obtaining citizenship, not least because of the tax benefits.

But if earlier it was often an elite “dachas” that very wealthy Jews, whether French or Russian — bought in addition to a Villa on the conventional “Lasource”, today the construction company and property websites register an interest in additional segments of the market, not only in the extra premium. It seems that in addition to apartments with sea views where great to spend a few weeks a year but not very comfortable to live all year, dramatically increasing the demand for apartments for permanent residence today, or a couple of years. 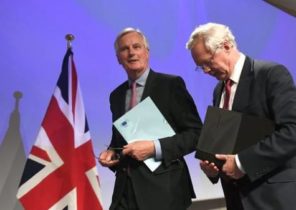 NACP took Smagala and his Ministers