However, I would advise activists to prepare borscht and cabbage soup. And pour soup is not Ukrainian, and the Russian Embassy in Armenia.

You can, of course, disagree with the position of the Ukrainian foreign Ministry. However, we are no longer in the Soviet Union. Ukraine is not an ally of Armenia. Any serious relationship between the two countries. But Armenia is ally of Russia, a country that is occupying Ukrainian territory. Armenia supports Russia’s position at the international level. Armenia is a CSTO — a military Alliance under the leadership of Russia. Armenia refused to sign the extended agreement on Association with the European Union and joined the Eurasian economic Union. On the territory of Armenia are Russian military bases. And how Russia reacted to the border conflict — a conflict which has occurred, remember, not in the disputed area of Nagorno-Karabakh and in the region an internationally recognized site of the Azerbaijani-Armenian border?

Expressed deep concern. Armenia tried to initiate a discussion at the level of the CSTO — but that concern got. Well, CSTO. The members of this organization, Kazakhstan and Belarus are clearly not allies of Armenia and Russia is forced to reckon with. But at the national level Moscow expresses the same deep concern and urges the parties to refrain from further escalation. President Vladimir Putin says nothing — and this in a situation when the President of Turkey Recep Tayyip Erdogan in Baku expresses its unequivocal support.

I can say that this is because Putin takes revenge on the Armenians because they overthrew his protege Serzh Sargsyan and pursue a longtime friend of Putin, the former President Robert Kocharian. Of course, Yerevan can so calm, although it is a strange comfort — it turns out that in Moscow support of Armenians only as long as they are “correct” vote. But this is not true: Russia was in no hurry with Armenian support even when the government was openly Pro-Kremlin rulers. Russia does not want to support Armenia. She wants to push Armenia and Azerbaijan and to remain master in the region. Therefore, with appreciation expresses its deep concern.

And this behavior of the Kremlin — another answer to those who regretted the “friendship” with Putin wants Ukraine to become an ally of Russia. Ukraine, of course, can become an ally of Russia. Except that Russia will never be an ally of Ukraine — even if the power in our country will come Medvedchuk. Russia and then remain as an aggressor, an enemy of Ukraine, a state which will work for our disappearance. No other goals for Russia. And no Pro-Russian Ukraine can not be this Ukraine Russia in a difficult moment, too, betray. As it is now betrays Armenia.

So I would advise Viktor Medvedchuk and his colleagues to learn to cook soup. Sauerkraut, beef, potatoes, carrots…just In case. 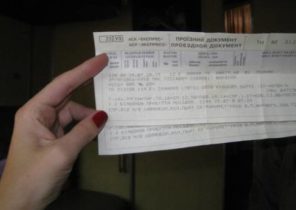 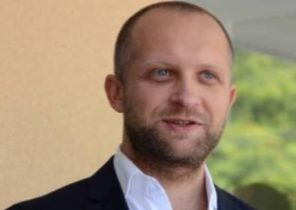