The Minister of foreign Affairs of Ukraine Dmitry Kuleba will sign and send letters to their colleagues in the “channel format” on the recent totally unacceptable the statements of the representative of Russia in the Tripartite contact group Boris Gryzlov about “the creation of two new States in Ukraine”. He said this in an interview with “Today”.

“After our interview I will sign the additional letters to his fellow Ministers (“Normandy format”. – Ed.) the recent statements are totally unacceptable Boris Gryzlov’s in the pipeline. I think that my colleague, Sergey Lavrov, as a very experienced man, very thin understanding of international relations, international law, will be able to explain to his counterpart, Mr Gryzlov, that it is, as they say in Ukraine, when he made this statement, “postevca Bank”, – said the Minister of foreign Affairs of Ukraine.

“Accession” of the Donbas to Russia: in the Kremlin clarified the situation

“I believe that Russia is simply playing its own complex and, in my opinion, is extremely dangerous for her game. Statements of mister Gryzlov at the last meeting of the TAG, when he said that in Ukraine formed two additional States, you know, is unacceptable. We always react very harshly,” – said the Minister of foreign Affairs of Ukraine.

The full interview with Dmitry Coleby read on our website on Monday, July 13.

As reported “Today”, July 8, regular meeting of the Trilateral contact group, which Gryzlov again, “threw a fit” in the Donbass. He insists that Kiev began negotiations with the militants. 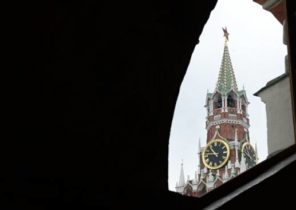