It is reported that Kyrgyz President Sooronbai Jeenbekov approved the Protocol, which enhanced the rental value of land for the Russian airbase in the country, reconstruction of the runway and the placement of unmanned aerial vehicles.

According to the Department of information policy of the office of the President of Kyrgyzstan Jeenbekov signed the law “On ratification of the Protocol on amendments and additions to the Agreement on the status and conditions of stay of the joint Russian military base on the territory of Kyrgyzstan”.

This Protocol Russia has recognized that in fact the used area exceeds the size of the leased area.

The Protocol recognizes that, in accordance with the agreement concluded between the two countries on 20 September 2012, the area of the land plots leased by the Russian side, was 866,2 hectare. Following the results of inventory actually used by Russia, the area was 924,52 hectare, on 58.32 acres more than indicated in the agreement of 2012 between the two countries.

After the Protocol has entered into force the parties to organize the reimbursement of the Kyrgyzstan rental amount actually used by Russia, the area of land starting from 20 September 2012.

In addition, the planned reconstruction of the Russian side of the runway, which Russia and Kyrgyzstan are to be used together, as well as placement on this basis UAV.

It is argued that the cost of the lease base increased by approximately 300 thousand dollars and made a total of $ 4.8 million per year.

In 2012, Kyrgyzstan has extended the validity of the Russian military airbase until 2032.

The Russian military presence in the country

In October 2003, Russia opened a base in Kant, located 20 kilometers from the Kyrgyz capital Bishkek, as the aviation division in the framework of the Collective rapid deployment forces of Central Asian region of collective security Treaty.

At the base are about thousands of troops and aircraft are the su-25, helicopters Mi-8.

Along with the airbase in Kyrgyzstan there are other Russian facilities: testing facility on lake Issyk-Kul, a communication node of the naval forces in the Chui region, as well as radiozashitnaya laboratory in Jalal-Abad oblast. 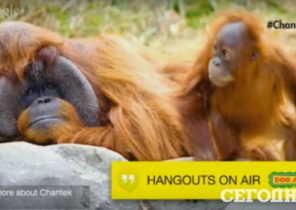