Today was the fourth year of the siege of Qatar. She drove a wedge between members of the cooperation Council for the Arab States of the Gulf, but has not reached the desired results. All the evidence suggests that currently, Qatar is stronger than before the blockade.

5 June 2017, Saudi Arabia, United Arab Emirates, Egypt and Bahrain announced a boycott of Qatar after hacking the website of the Qatar news Agency “Qana” and publishing a fabricated statement attributed to the Emir of the country Sheikh TA’mim bin Hamad al Thani. Subsequently, the States announced the termination of all relations with Qatar, Saudi Arabia closed its land borders, and all four countries have imposed a ban on flights of Qatar Airways over their territory and visit Qatar for its citizens.

However, after three years of siege, it seems that these countries have no choice but to accept the existence of a strong, independent Qatar seeking to achieve self-sufficiency, whose domestic and foreign policy based on national interest, sovereignty, respect for international law, neighbors and brotherly countries.

Qatar during the siege

During the three years of blockade Qatar has strengthened strategic relations with many countries of the world. He built diplomatic bridges, tying him with large forces on the international scene that has given it major influence in the Persian Gulf and the Arab world.

From the first days of the crisis in the Persian Gulf, Qatar has made every effort to neutralize the negative effects of the embargo in the form of closing the only window to the world through the territory of Saudi Arabia, and overcome economic problems by relying on their own strength. So, the embargo has helped to accelerate the pace of economic development and volume of foreign trade.

During the crisis, the government of Doha has taken bold measures, including a package of economic reforms that wrap the embargo in his favor, and a number of successes, both domestic and external arenas. According to the experts ‘ reports, Qatar was able to achieve self-sufficiency for many of their food needs, that only reinforces the belief that local authorities were able to take full advantage of the crisis to give greater stability to its economy, and as a consequence, to strengthen its position in the region and the world in General.

The blockade accelerated the development of the local industry, as the number of active and registered industrial enterprises in different sectors by the end of 2019, made up of about 1464. The volume of exports of the private sector also increased during this period, and national products were on the markets of many countries.

The blockade contributed to the establishment of a new strategic economic and commercial partnerships, without regard to the old regional divisions, for example, Turkey and Iran. The country has significantly increased the volume of its exports by developing dozens of new fields, especially after the opening of Hamad port, which today is one of the largest ports in the middle East. This was the decisive factor to break the blockade, as it opened a new shipping line, which allowed to provide the country with necessary goods and implement various infrastructure projects in preparation to host the world Cup in 2022.

Qatar has demonstrated a unique political successes in comparison with their neighbors. It has maintained its relations with the international community, despite all the efforts of the departments of public relations, trying to stain his reputation in the West. Doha wisely overcame such pressure.

Qatar continued to play a major political role beyond its borders, which was most noticeable at the beginning of the revolutions of the “Arab spring”. He continues to act this way and the recently held peace talks between the United States and the Afghan Taliban (banned in Russia — approx. ed.). They ended with the signing of an agreement that should put an end to the war and instability in Kabul, the prevailing in 2011.

The reconciliation of the countries of the Gulf

Reconciliation efforts between Qatar and countries of the blockade taken by Kuwait, who refused to join their ranks, was not successful, although two days ago, the Prime Minister of Kuwait Sabah al-Khaled al-Sabah said that hopes for it all the more. According to him, countries are on the path to ending the division in the Persian Gulf, and the reconciliation of regional States and the unity of the GCC is a priority for Kuwait.

Similarly, a failed American efforts to reunite the countries of the Persian Gulf. As stated in a Wednesday newspaper the Wall Street Journal, citing US officials and regional countries, the American administration is a new way in an attempt to resolve the crisis: it puts pressure on Saudi Arabia and the UAE to stop the air embargo against flights Qatar Airways as part of a comprehensive agreement on end of conflict.

According to the newspaper, trump personally has put pressure on Saudi leaders to remove the restrictions on flights that have pushed the Qatari planes to use Iranian airspace, thereby giving Tehran a source of income that the United States wants to reduce.

The publication quoted a U.S. official as saying that associated with air space problem should be resolved soon, as cash receipts in the Iranian budget by Qatar Airways flights can not to upset the American side.

Throughout the years of the siege of Qatar has expressed its willingness to compromise, and this means a readiness to make concessions. Last year the Minister of foreign Affairs of Qatar Sheikh Mohammed bin Abdel Rahman al Thani, visited Riyadh to discuss the crisis in the Persian Gulf. The negotiating parties have made some progress, but Saudi Arabia has suspended the dialogue.

However, they have not resumed, and the prospects are still unclear. Crisis as the blockade three years ago, not ended. During this period, countries are unable to impose conditions on Doha, while Qatar managed the first time to overcome the seemingly disastrous consequences of the crisis. There was enough time that Qatar was able to demonstrate his power and influence, and today the embargo is for him a secondary issue. 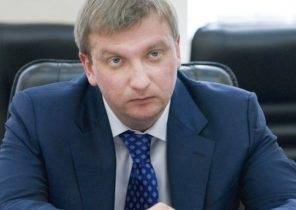