Dedication of the White house and the Kremlin, “alternative realities” now also extends to dangerous methods of alternative medicine.

No facts, no truth, but everything is possible — or at least the media want us to think.

About how you can describe the current international policy.

Presidents Donald trump (Donald Trump) and Vladimir Putin to create in the world a new era of “alternative facts” that have already changed the diplomatic game rules, international treaties, trade relations, military policy and even relations of large and small States.

With all this we have managed to put up, but the White house and the Kremlin still manages to surprise us regularly.

The epidemic of coronavirus showed that Washington and Moscow are downright scary ready to believe in alternative methods of medicine.

It seems that Washington in “quackery” believes even the President trump.

First trump in all seriousness — although it seemed that his voice was present sarcasm proposed to make to the patients with coronavirus injection with antiseptic directly into the lungs. Recently, trump has stated that he began using hydroxychloroquine and considers it to be a miracle.

“I take hydroxychloroquine. I started taking it a couple weeks ago, explained trump American journalists. — I’ve heard a lot of good. I’m sure you’ll be surprised how many people it takes.”

Representatives of health does not recommend taking hydroxychloroquine, which was originally developed to fight malaria. The medicine may cause cardiac arrhythmias and even cardiac arrest.

The positive effects of hydroxychloroquine in the treatment of coronavirus, and preventive measures has not been proven experimentally and in the hospital setting. However, trump proudly declares that every day takes one pill to not get infected!

From Moscow to come as strange news. We don’t know whether Putin himself to alternative methods of medicine, but the senior gatekeeper of the press service of the Kremlin press-Secretary Dmitry Peskov, for sure they are not squeamish.

In early April, Sands said that is in my jacket pocket “virus blocker”. It is poisonous and produces chlorine dioxide, a small box, which, as promised advertising, forms around the user of “protective dome”.

Many Russian state Duma deputies have drawn inspiration Peskov and also decided to wear a “badge blocking the virus.” Right before the infection of the Sands took his blocker and put it in the car, and many see this as the need to carry a blocker constantly.

Experts believe that the badge is ineffective and even dangerous, because it contains poison. In addition, there are fears that people using this badge will be for precautionary measures during the outbreak of coronavirus irresponsible.

Of course, no one bothers to Tramp sand to conduct experiments on himself, but now they are playing not only with his life. They are authority for millions of Americans and the Russians, and even for the whole world.

The two leaders previously believed healers and seers, but we often learn about it only from historical literature. In the Internet age examples of trump and Peskov distributed real-time and immediately endanger large numbers of people. 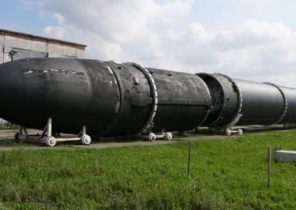 The scandal with North Korea’s missile: Ukrainian designers revealed details about the engines of “Satan”