25 APR 2020 all Russophobes, admirers of conservative America and, as usual, the so-called Sovietologists, who somehow miraculously managed in three decades to overcome the world, called (by them) Soviet Empire, was a shock.

Speechless lost our Polish detractors of the “evil Empire,” which, they say, represents now the President is Vladimir Putin. The shock they caused a joint statement by the leaders of Russia and the United States, written from the perspective of dialogue and even reconciliation. In his text they write about the “spirit of the Elbe”, Recalling the historic meeting of Soviet and American forces on 25 April 1945 near the town of Torgau. In fact, it was not the first meeting of the allies in the war, as, for example, British pilots during the three years we were in Murmansk, protecting Arctic convoys, and the Americans were served by supplies that came by sea to Vladivostok, but what happened on the Elbe, the event was filled with special meaning: the front-line troops involved in the fighting against the Germans and their already numerous at the time the minions came to each other, moving from the East and from the West. This day was a harbinger of the victory of the Entente-2, that is the Big three and all the anti-Hitler coalition, which, despite the fact that weaves some of our historians, also included Poland, had not two but only one enemy — Germany.

At this point I will finish the review for “highly educated” generation of the new intelligentsia and will go directly to the application. It specifically says that this “spirit of the Elbe” became an example of cooperation between the two countries, who were able to deny the contradictions and “to start cooperation for a common goal.” What could be the purpose in a modern context, we don’t know yet, but the two presidents are reminded of the need to repel the challenges of the XXI century. Paying tribute to the valor and courage of military who fought against Germany (in application it is hidden under the phrase “Nazi regime”), Putin and trump noted that “their heroic feat will never be forgotten.”

Meanwhile Poland, trying to erase the memory release 75 years ago, we called the “Soviet occupation”, is “the elimination of public space” of all, even the smallest reminders of the sacrifices made in the war on our land the Red army. The bitterness with which we do it, it looks pathetic, and now is just silly, for we have lost the ideological support of American patron, who in the military sphere acts as a “guarantor of our independence”.

If you look at the Polish historical policy sober look, you can come to the conclusion that we fought on the wrong side, after all, fighting with Germany, we had weakened the enemy of our enemy, paving the “evil Empire,” the path to victory. If the Germans managed to stop the “Bolshevik hordes” as far to the East, we would also have avoided the “Communist enslavement”, a period which, according to this approach, lasted nine times longer than the German occupation. That lasted only five years, and the Soviet army occupied us for almost half a century, and it was a nightmare from which we were able to get rid of thirty years ago (“the return of independence in 1989”). However, enough with the official historical diagnoses, and what I consider “politically correct idiot” comes from “adventures of the good soldier Schweik.”

I am glad that the statement of the two presidents was shocked including our Polish Russophobes. Perhaps they will become a little bit wiser, and it will be our success (to say the stupidity never too late). The most important question now, as always, is that tomorrow and the day after tomorrow. The virus does not choose, he attacks as those whom we consider our friends and enemies, and above all, it cancels and deprives of effect weight for many years of ideas and opinions.

When large and powerful States in a few weeks because of the quarantine be on the verge of bankruptcy, and their priorities are swapped, or even worthless, when you’re locked in a secret army bases have become epicentres of infection, and it is also necessary to apply quarantine measures, neither of which the historical preponderance is not considered. The face of the epidemic, we are all equal and are all vulnerable. In such a situation will not help any “liberal democracy” or “Western values”. Joint protection requires cooperation. One can only hope that this agreement will not be our interests. 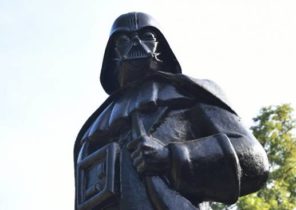