Ukraine is undergoing a revolution, changing the government, but the lives of ordinary people not getting any better. The government, through inaction kill not only the country but the patriotism of its own citizens.

The crisis caused by the pandemic coronavirus, have once again shown the incompetence of the authorities. Ukrainian officials have become active and remember the citizens only when you need to make a beautiful “picture” for the rating. Understanding this impasse forces millions of Ukrainians to seek a better life abroad.

“Apostrophe” continues a series of articles about ordinary Ukrainians-the workers (the workers — ed. ed.), returning home due to pandemic coronavirus. Today we tell the story of two people who, in 2014, the volunteers went to the front, and was later forced to leave Ukraine in search of work.

Salaries many times more, but work like a bad horse

Before you go to Poland, Tom was a member of the Euromaidan, and then volunteered in the ATO — served in the ranks of the APU in the 8th separate Autocontrol the company in 2014-2015. “Started under Ilovaiskaya — from the first day came to a real war. Then was assigned to the marine corps in the sector of “M” under Mariupol near Tolichowki. After that, together with the 93rd mechanized brigade was under the Donetsk airport, Pisky, opytne, Tonenke. Then was under the plant, after which he returned to the Marines and rode along the sea,” recalls the veteran.

In 2016, joined the ranks of the patrol police in Kremenchug, where he worked for two and a half years. He then worked as a security guard, but this work he did not like. So I decided with two former members of the ATU to go to work in Poland. Job found at the LG Chem plant producing electric motors for electric vehicles under the city of Wroclaw. Artem went to work for six months on a work visa. Since its term expired on 4 April, returned to Ukraine together with the beginning of the quarantine.

“Visa has expired, and we quietly left. However, on the last train. There is a site “Friend” from the Ministry of foreign Affairs (voluntary registration of Ukrainian citizens for travel abroad — approx. “Apostrophe”), which you could register, if you want to go. But to arrange the train from Przemysl to Kiev, the government “knocked” 800 hryvnia per passenger. But this is our government agencies are silent. I think this is insanity. Was a joke with a New Sanzhary — those from China free were taken, and all the rest — it is not the people?” — outraged Artem.

While Artem is planning to stay in Ukraine and has already found a job — which, while not said, it’s still not settled. “I love the Motherland. Wait and see, after the end of the quarantine will be something to solve. But Poland does not like me. There, in addition to the salary, nothing good. Salaries there do from our more at times — received about 900 euros. But work like a bad horse. Besides, far from home, from family. And you can say that we there is no one,” says the veteran.

Who lived abroad, would not want to remain in Ukraine

“I have a feeling that not the power, and the clowns sitting in their offices. Moreover, that Ukraine is not doing anything, and even abroad are not allowed. Not only that, people here send a lot of money, so you want more taxes and some to enter — it’s scary furious — outraged former border guard Oleg Grinchuk. — So I was once a patriot, even volunteered during mobilization, and now would not go in any case. Because they are used only to pocket all”.

Oleg served as a call in the internal troops, therefore, from the beginning of the war in 2014 he decided to go to the front. Remembers that from Ivano-Frankivsk seven volunteers wrote reports to be sent to the ATO, but no one didn’t get there. Oleg sent border guards in Transcarpathia. After demobilization Oleg Grinchuk returned to his home company, where they made Windows and doors. The carpentry business he inherited from his grandfather, that it all be taught.

“Once we could make it, but now not really too many requirements, Board honey, putty and sandpaper — everything is expensive. And people better buy the “paper” doors of MDF than the normal wood, although the price is almost the same. With the advent of Poroshenko began in a madhouse — we had to pay a lot of taxes, so I spat, closed and went abroad”, — says the man.

A first stacker of paving slabs and curbs in Brno, Czech Republic Received fifteen hundred dollars. The second time found work as a carpenter for the production of Windows and doors. I worked at the employer and received 100 CZK per hour, averaging out 32 thousand per month. Will now work directly with the customer as a contractor. The firm opened him a two-year visa, but while Oleg could not go — the Hungarians closed the border on the day when he was about to cross.

“I was told that the visa will be open for six months, so we with friends took orders for Windows and doors. Visa came through two months, but I had to finish what they took. Finished work and the next day drove a mile away before us, the Hungarians, the border was closed, only allowed his. Checked out a day early that would be great. I would sit in the Czech Republic — firm on the quarantine did not close because people are far from each other”, — says Oleg.

“Visa is in the database, but the passport is only semi-annual. That is, I have to go to the Czech Republic, surrender to the police passport and get a two year visa. Now the Hungarian border opened, but, say, crossing the Czech border depends on the change of the guards — some allowed, others not allowed. Eight of my friends, six were allowed, and two wrapped. They have some inconsistency in the legislation came out. But if I now the Czechs are wrapped back, then visa will burn” — he complains.

“And to stay in Ukraine for 6-8 thousand, let them go away! They are pensioners have to pay a pension and not working,” says Oleg. Oleg Grinchuk tells us that had the opportunity to go to the factory in Ukraine at the rate of 18 thousand. But at the end of the month the money is almost not remained. “The Ukrainian salaries can except to live, and to postpone something or to begin construction of the unreal,” he says.

“The Ukrainians are trying each other to eat. In Poland didn’t work, but twice was passing through. So the poles seem to be our worse treat each other. In the Czech Republic people better. With Cech safely say he’s not telling you that you are a Ukrainian and what the hell you got here. So I would say that who have lived abroad and seen how normal people live, do not want to stay in Ukraine. In the Czech Republic I do not get tired, after work I have enough strength to cook. And even on Sunday I go to work, if nothing else to do”, — says Oleg.

It so happened that before the first trip Oleg quarrelled with his wife, and while she was at work, she filed for divorce, and he could not even arrive because of border crossing conditions. Their daughter is in the second grade, studying gymnastics, and Oleg need money to support their child. So in the near future, he plans to take a chance and try to break through the border. 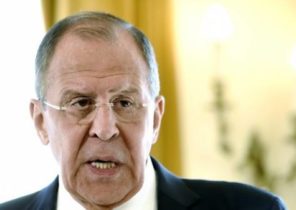